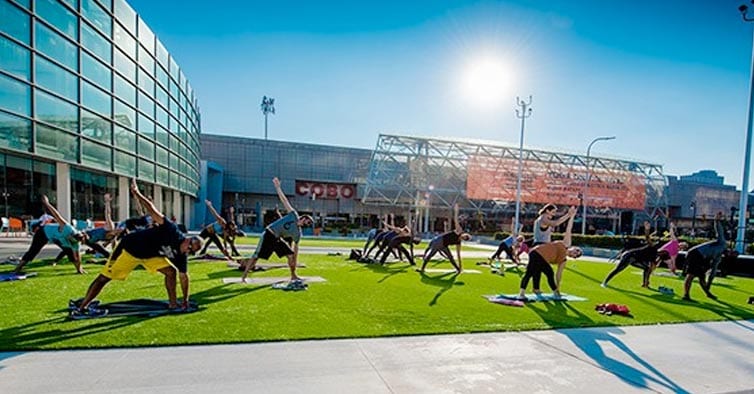 The Cobo Center opened its 2018 community engagement series, Cobo Cares, on May 23 with “Sunrise Riverfront Yoga” on the outdoor terrace outside of its Grand Riverview Ballroom. Cobo employees, event attendees and members of the Detroit community all enjoyed a Slow Burn/Basics yoga session provided by Citizen Yoga, a local agency, as the sun rose over the Detroit River. 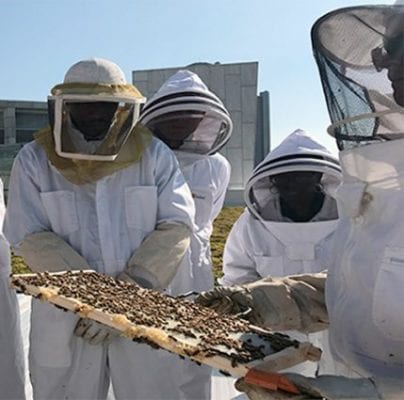 Cobo Center also accepted donations during the event for Bees in the D, a local honeybee education and protection non-profit that maintains four hives on Cobo’s living green roof. The Society for Freshwater Science was having its annual meeting in the facility at the time and partnered for the Cobo Cares season kickoff.

“Zumba with Ivy” is scheduled for July 19 on the outdoor terrace Cobo Square, overlooking the Detroit skyline. Voluntary donations to that free event will benefit Detroit Little Libraries, an agency that places book-sharing boxes where they can be a catalyst for improving reading motivation and deepening community connected-ness.

In case of inclement weather, all Cobo Cares events are held indoors at the Cobo Center atrium. More free events will be scheduled into the fall season, so be sure to check their upcoming schedule at cobocenter.com/events.


The Cobo Center is the 17th largest convention center in the United States. Built by the city of Detroit, it was originally opened in 1960 and today, Cobo Center is managed and operated by the Detroit Regional Convention Facility Authority. The five-member Authority Board consists of one representative from each of five government agencies–the City of Detroit, State of Michigan and the three metro-Detroit counties of Wayne, Oakland and Macomb. In October 2010, the DRCFA awarded the contract for operations management of Cobo Center to SMG, the world leader in venue management, marketing and development. For more info, visit cobocenter.com.