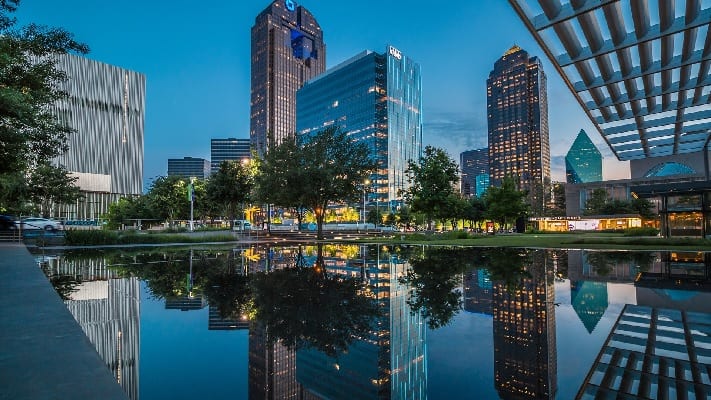 D.E.A.L.: Attractions: “Everything is Bigger in Texas” 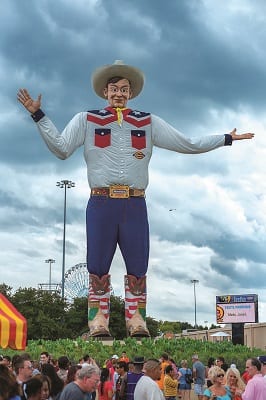 When you’re headed to the Big D (and we do mean Dallas) and you’re welcomed by a 55-foot-tall cowboy saying “Howdy, pardner” in a 95-gallon cowboy hat, you understand why they say, “Everything is bigger in Texas.” The iconic Big Tex stands in Fair Park, a larger-than-life (277-acres) venue on the right shoulder of downtown Dallas that was transformed for the Texas Centennial Exposition in 1936. Fair Park features one of the nation’s largest collections of 1930s Art Deco architecture including the Art Deco Hall of State, gigantic murals, fountains, the 20-story-high Texas Star Ferris wheel with 44 gondolas, the 92,100-capacity Cotton Bowl stadium, the African American Museum, the Children’s Aquarium, the 7.5 acres of the Texas Discovery Gardens and much more, usually holding more than 1,200 events a year. And every October since 1886 (except 2020), it’s hosted 2 million for the State Fair of Texas.

Still going “big,” the Dallas Arts District (top picture) is the largest urban arts district in the U.S. with 20 square blocks featuring the Perot Museum of Nature and Science, Klyde Warren Park, the Winspear Opera House (Dallas Opera and Texas Ballet Theater), the Dallas Black Dance Theatre, the Dallas Museum of Art, the Nasher Sculpture Center, the AT&T Performing Arts Center and more). The Trinity River Corridor Project, when completed, will be more than 10 times the size of New York’s Central Park; and, with the roof enclosed, the entire Statue of Liberty could fit into the Cowboys Stadium. Dallas has the most shopping centers per capita than any other U.S. city; the Galleria Dallas is home to the country’s tallest indoor Christmas tree at holiday time and the largest permanent model train exhibit in the U.S. is on display in the lobby of Dallas Children’s Medical Center. 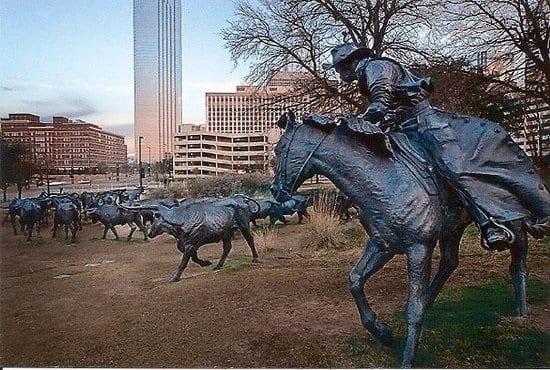 Downtown Dallas’ Farmers Market started out as a horse-and-wagon wholesale business in 1941 and now has an indoor food hall with 20+ restaurants open daily along with fresh goods from farmers in an open-air market on the weekends. Between the convention center and city hall, there’s the Pioneer Plaza with its man-made cliffs, a waterfall and life-size sculptures recreating a cattle drive of three bronze cowboys herding 40 longhorn steer down the trail. It’s reportedly the second-most visited landmark in downtown (after Dealey Plaza where JFK was assassinated in 1963). Dealey Plaza has been converted into a memorial for the late president and history buffs can visit the Sixth Floor Museum and the grassy knoll.

Also in downtown, the J. Erik Jonsson Central Library has the only copy of the Declaration of Independence in the western U.S. as well as Mr. William Shakespeare’s Comedies, Histories, & Tragedies (The First Folio) printed in 1623—one of only 250 copies still in existence. 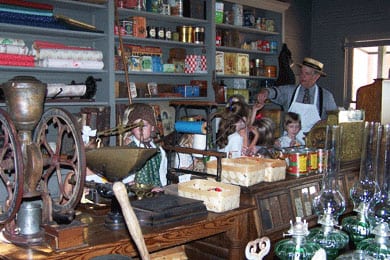 For time-travelers, the Dallas Heritage Village’s 21 historic buildings, dating from 1840-1910, are arranged as an outdoor museum in 20 acres. City Park was the first public park in Dallas, plotted in the 1870s and the site of weekly outdoor concerts in the 1880s and 1890s. In the late 1960s the Millermore plantation house became the first to move here and each building is decorated with period-specific furniture, tools and historical actors bringing the village to life. Other parks to check out include the Klyde Warren Park, the Trinity River Corridor and White Rock Lake with its 1930s Art Deco boathouse. There’s a sunset sailing trip on White Rock Lake on a 38-foot catamaran; paddleboards, canoes and kayaks available to rent or you can fish for white crappie, largemouth bass and channel catfish from the piers. Close by are the White Rock Lake Museum, Bath House Cultural Center and Dallas Arboretum. The 106-acre Dallas Zoo, founded in 1888, was the first zoo in the Southwest and the Dallas World Aquarium features a rainforest exhibit, exotic birds and black-footed penguins.

The George W. Bush Presidential Center, a little over six miles from KBHCC  is a state-of-the art facility on the campus of Southern Methodist University. Its Library and Museum feature a precise replica of the Oval Office, beams from the World Trade Center twisted from 9/11, a Texas Rose Garden, and interactive exhibits. 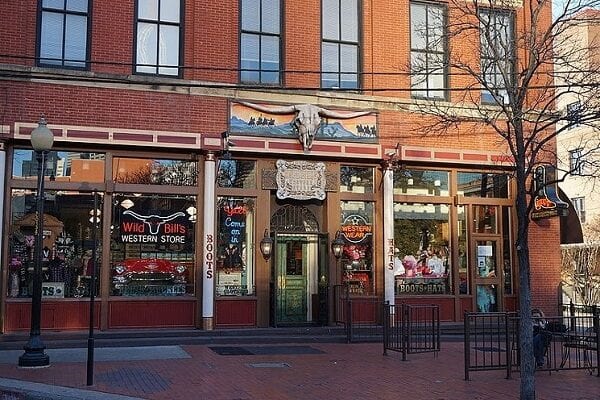 I’ve run out of room to talk about the neighborhoods like Deep Ellum, Lower Greenville, Knox/Henderson, Bishop, as well as the 3.5 mile Katy Trail ending at American Airlines Center. But for some souvenirs with Texas flair, stop at Wild Bill’s Western Store, beloved for its turn-of-the-century bar with saddle barstools for some cowboy boots and hats. And let them know back home that “bigger can be better! “