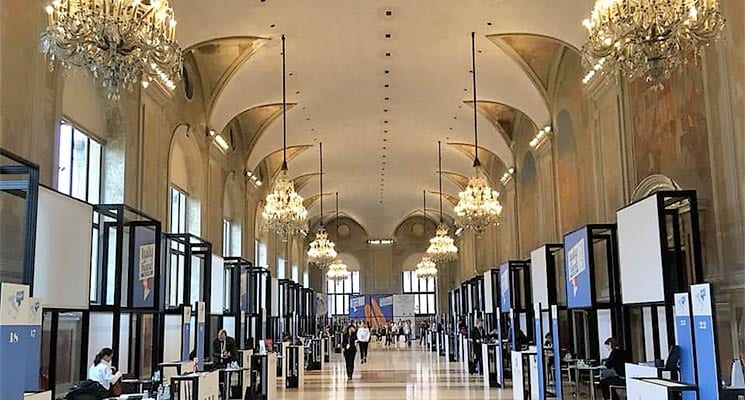 Italy at Hand, organized by Convention Bureau Italia with the aim of promoting the offerings in international tourism, took place Nov. 1-3 in Bolgna, Italy. The bureau announced the event was a great success, with 888 business appointments taking place between the 43 international buyers and 45 qualified national operators present. The many international guests and the involvement of 24 partners made first edition of the format possible.

Paragon, American Express, BBC were only a few of the 43 buyers present at the event. The buyers, European decision makers from 18 different countries, met with 36 qualified operators from the whole national territory and nine territories hosted by the Host Destination Corner of the Bologna Convention and Visitors Bureau, Italy at Hand’s partner for the first edition. Among the exhibitors were the principal Italian Destinations, several conference centers, hotels and national hotel chains and some top agencies.

The winning move was the collaboration with the Bologna Convention and Visitors Bureau to identify strategic local partners and this opened the doors to the most beautiful and little known palaces of the area; Palazzo Re Enzo, venue for the business appointments on both mornings; Palazzo Popoli, History of Bologna Museum where the opening ceremony was held; Palazzo Gnudi which hosted the gala dinner; FICO Eataly World, venue for the closing ceremony; and Palazzo Isolani which welcomed the participants in Art, one of the four types of fun and interactive activities in the middle afternoon of the event.

“I am very proud of the results of the first edition of Italy at Hand,” says Carlotta Ferrari, president of Convention Bureau Italia. “Reaching this objective was for us at CBItalia a dream come true. Our aim for the four years since the founding of the company has been to provide a concrete support for the promotion of tourism for the national operators and for international tourism. At Italy at Hand we have shown that the best of Italy is within reach by promoting Bologna’s unknown sites of incredible beauty and historical interest, thanks to the valuable local work with the Bologna Convention and Visitors Bureau, our Host Destination Partner 2018. For three days Ray Bloom, founder and owner of the IMEX Group, was our guest and we conversed on stage on the subject of international tourism at FICO Eataly World with its founder Oscar Farinetti, to put the seal on a “new working marriage.” A special thanks to all the partners who made the event possible, to TERRAEVENTS creative partner 2018 and to ENIT, National Tourism Agency and sponsor of the gala dinner.”

Convention Bureau Italia is the official, private, national promotion agency that operates in the tourism sector in order to increase business opportunities, promote Italy as a MICE destination, coordinate and represent the Italian offer and disseminate the MICE culture through proper training. Actively established in June 2014, and operational since November of the same year, CBItalia represents the main actors of the Italian MICE offer, such as local convention bureaus, and private companies including congress centers, hotels, PCOs, DMCs and service providers. For more info, visit conventionbureauitalia.com.