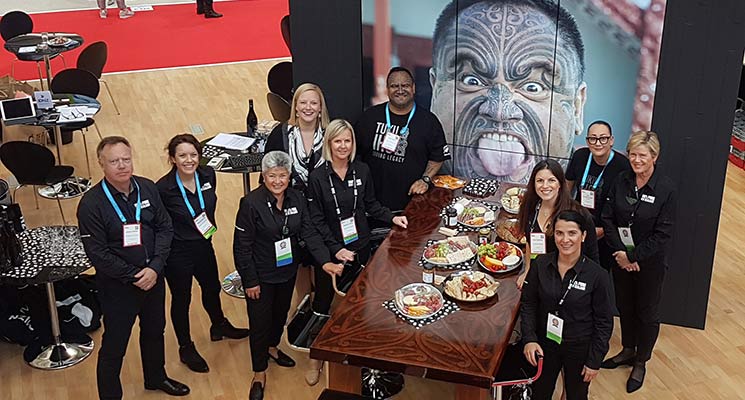 IBTM announced in October that Tourism New Zealand is returning to IBTM World after an eight-year hiatus. The organization is bringing four partners to Barcelona; including New Zealand International Conference Center, which is set to open in Auckland in 2019, Te Pae convention center, set to open in 2020 in Christchurch; Te Puia, the center for Maori culture and geothermal wonders in Rotorua and the New Zealand Maori Arts & Crafts Institute.

As part of the organization’s drive to amplify the history and rich culture of New Zealand and its welcoming people, at the center of the stand will be a stunning 300kg table, hand-carved from ancient, reclaimed swamp kauri wood using traditional Māori techniques. Plans include a high-definition screen to showcase video and imagery for an immersive experience. Delegates will be invited to meet, converse and become friends over korero (a conversation) and kai (food).

“As a destination we have some very exciting and significant new venues opening in the near future and IBTM World provides us with an unmissable opportunity to put them on a world stage,” says Leonie Ashford, international bids manager from Business Events Tourism New Zealand. “With our table we are bringing a genuine flavor of the uniquely Kiwi experience, manaakitanga—the notion that a stranger can soon become a friend after a conversation and a meal; something that is entirely relevant to us and our stand partners as we come to Barcelona to do business around the globe.”

In 2017 IBTM World welcomed almost 3,000 exhibiting companies from more than 150 countries, 3,463 buyers and thousands of visitors for a packed schedule of meetings, networking and educational sessions. More than 74,000 pre-scheduled meetings between exhibitors and buyers were arranged over the three days.