A Glimpse at Tradeshow History (April) 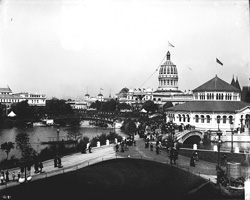 1890 – President Harrison chooses Chicago
On April 25, 1890, President Benjamin Harrison officially signed the act that designated Chicago as the site of the World Columbian Exposition. The tradeshow, which was celebrating the 400th anniversary of Christopher Columbus’ discovering America, took three years to prepare and work on.

Other cities like New York City, Washington D.C. and St. Louis had all lobbied to be the host of the national event. However, Chicago had recently suffered through the Great Chicago Fire, and this was a way to put the city back on the map.
Source: http://www.chicagohs.org/history/expo.html

1921 – French townspeople thank President Harding
The Red Cross in France and the Rockefeller Commission for the Prevention of Tuberculosis from the U.S. joined together to hold Child Welfare tradeshows in France during the spring of 1921. These shows were held in French cities like Lille and Roubaix.

At the opening of the Roubaix show in April 1921, the French townspeople sent U.S. President Warren G. Harding a cable expressing their gratitude for American assistance in determining the welfare of French children.

Over 6,000 people attended the Roubaix show. Mothers from all over the country brought their children. Poulbot, a renown French artist, painted 30 original pieces depicting children, which were featured during the exhibit.
Source: Child Health Magazine – Viewed on Google Books 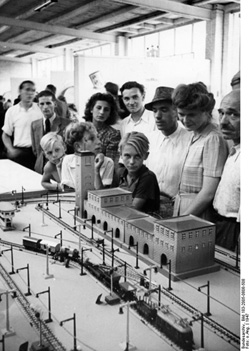 An arrangementwith the British military government started the tradeshow in a factory building located in Laatzen, a town south of Hanover, Germany. The goal of the exhibition was to help boost the economy of post-WWII Germany, which had fallen drastically.

Informally, the first fair was known as Fischbrötchenmesse or “fish bun fair” due to the limited food rations available for trade fairs at the time.
Source: http://www.en.wikipedia.org/wiki/Hanover_Messe 1967 – Canada hosts record-breaking fair
The International and Universal Exposition, or Expo ‘67 as it was commonly known, opened in Montreal, Quebec, Canada, from April 27 to October 29, 1967.

Expo ’67 is still considered as the most successful World’s Fair of the 20th century. The tradeshow attracted 50 million attendees from the 62 participating countries. The show set the record for single-day attendance with 569,000 visitors on the third day.

The exposition was originally intended to be held in Moscow, Russia, to assist in celebrating the 50th anniversary of the Russian revolution. However, Russia decided to cancel the fair and Canada was named the new location in the fall of 1962.
Source: http://www.en.wikipedia.org/wiki/Expo_67

Emergency and disaster response became a top priority after Hurricane Andrew of 1992. More than 220 exhibitors attended the show. The PROMIT ’97 tradeshow was a response to the hurricane and was the first of its kind.

The second PROMIT show was held in March 1998 in Las Vegas. 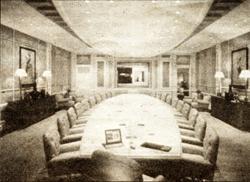 The Mirage Hotel in Las Vegas, Nev. opened a 90,000 square-foot events center in April 2001. The project began in October 1999 and featured a design tailored specifically to tradeshows.

For high-tech upgrades and installations, ethernet cable was installed throughout the expansion to allow to high definition video and broadband internet connections.

After the addition, the Mirage held 27 meeting rooms, a 24-seat executive boardroom, as well as the Montego Ballroom, a 10,000 square-foot area that could divide into six sections. The Mirage could host groups as large as 800 people.

Reed Business Information is part of Reed Business, the business division of Reed Elsevier. In July 2009, Elsevier announced that the certain print titles were to be divested if they were not sold. Several RBI publications did sell, but Tradeshow Week was not among them.