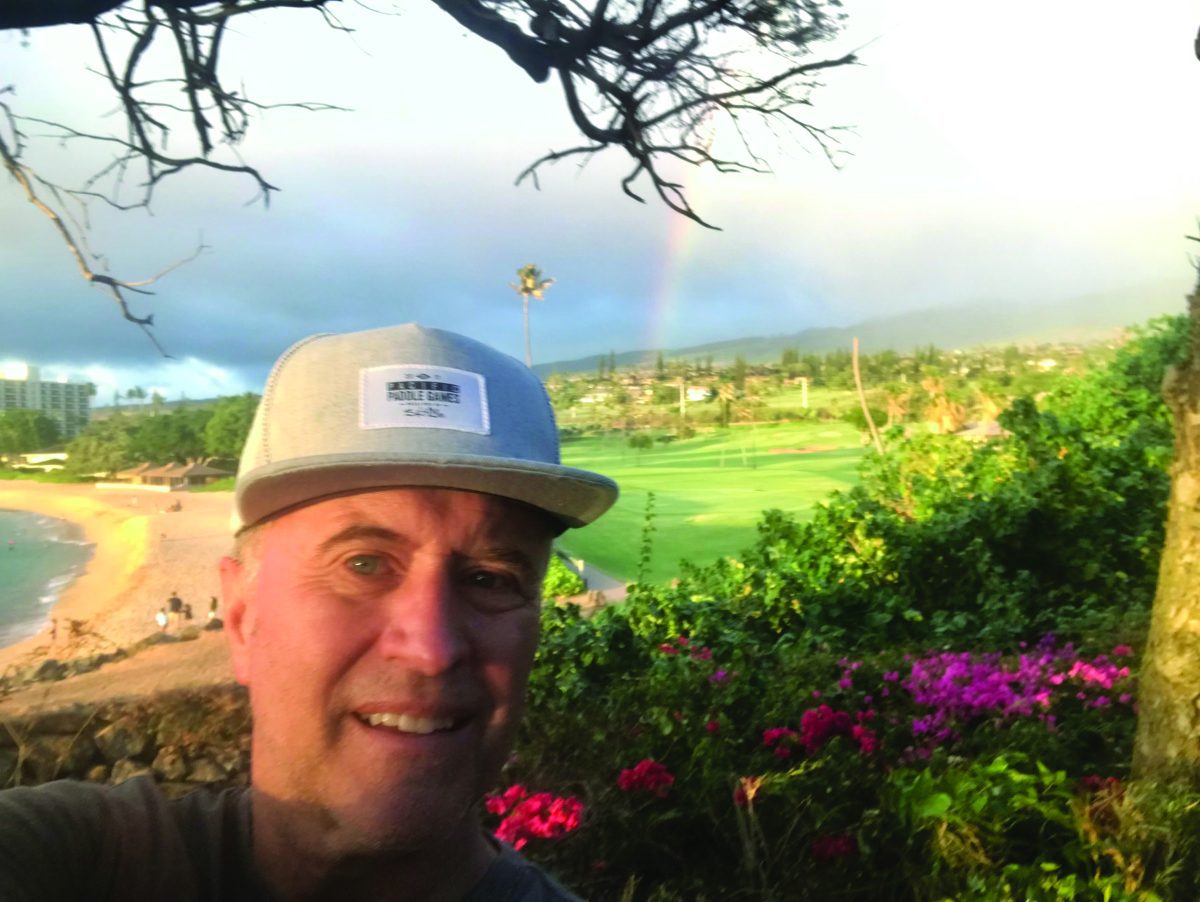 After a Brush with a Brain Tumor, Scott Sokol Regains His Balance

When faith, perseverance and the first degree of separation come together, futures and conversations for that matter, become the very weave of our cloth. I finally let go from my greeting embrace with Scott Sokol and was filled with a joy that seems to follow Scott wherever he goes—from this Dana Point harborside cafe to the halls of Javits Convention Center. This laid-back SoCal surfer come family man and mainstay to the tradeshow industry has a story that is like no other.

Like any wonderful reunion, five hours flashed by before we could complete a sentence, which points to his jovial, kind and considerate nature … and a great friendship. We caught up and shared stories; it was evident Scott’s success and journey are guided by his unwavering faith.

Scott cut his teeth in the business right out of college in a client-side position as tech industry tradeshow manager. We shared aisles on the same floors of many shows back in the day. Lots of us in the tradeshow industry made relationships on airplanes while commuting to work. The same was true for Scott. He was once on a flight sitting next to the now retired, pre-Color and Design Marty McGreevy, who recruited Scott for a stint at Exhibition Contractors. Soon after, Rich Rebecky contacted Scott to come on board with Bruce Green, one of the most amiable and well-regarded businessmen in the industry, opening an office in Southern California and installing Scott in a position he holds to this day. Scott works with Coastal International I&D as vice president business development.

All of us have suffered through the COVID shutdowns. For Scott, however, this involved far more than wearing a mask, upping his Netflix and ordering groceries for his family off Instacart. If not for his passion for “kind waves,” he may have had a much different story to tell. This one starts with a couple off-balance early morning “seshs” (surfing sessions) somewhere between Trestles and the Wedge, two of SoCal’s storied surf breaks. Vertigo was foreign to Scott. He thought it was an inner ear issue but came to find out it wasn’t.

Scott learned he had a growing tumor in the right side of his cranial lobe. This news was devastating enough, but then he was confronted by doctors who barraged him with treatments and schedules that seemed more designed to suit their wallets and tee times than his personal needs. Here’s where his faith and perseverance parted the clouds and cleared the fog.

Scott was conversing with a family member who suggested he consult his cousin, head of neurology at a prominent midwestern hospital. Had it been me praying and asking a higher source for answers, I would have had no question my prayers were well heard and answered. Neither did Scott, a few hours and trip to Chicago later. Neither did Scott, one successful operation later. Neither did Scott, sitting across from me with an ear-to-ear grin, sun reflecting off his blue eyes and well-aged surfer’s hair. We order another beer.

Scott’s operation was performed by his cousin Dr. Douglas Anderson, a pre-eminent neurosurgeon at Loyola Hospital. In the caring hands of family, Scott’s concerns about his surgery waned completely when the entire surgical team of 10 gathered close in prayer just prior to the eight-hour process.
Before I left our reunion, I learned a little more about the human experience through mind, body and science. 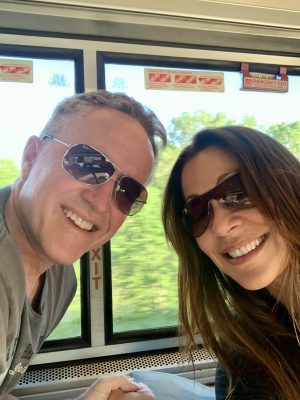 “Scott, you and your wife got to take a train from Chicago to San Juan Capistrano?? How cool was that?!” Any of us who travel at one time or another harken back to the romance of rail travel. How the little things in life we take for granted become appreciated. Scott is the son of an Air Force dental officer, and his earliest memories are of moving to Vandenberg Air Force Base as a toddler before relocating to the beach community he lives in to this day. Growing up, like most SoCal surfer kids, we found a way to squeeze in just enough high school around his heavy schedule of surfing, skating and going to concerts. Graduating the warm waves of his hometown break Capistrano High, Scott made his way to the colder waves at the University of Santa Barbara settling after graduation in the thundering shadow of the “Wedge” and its monster break well known for washing through Newport Beach.

Scott lives with his wife (pictured right) and two children in a hillside suburb where family and faith will always come first. Balancing our industry’s needs with a happy home is important to Scott. What’s next for him? Once travel opens up it’s going to include the family, an airplane and definitely a Pin Tail Gun, his first surfboard. And another first degree of separation as it, too, was mine. “Waiter, can we get two more of the Big Wave Dark, please?”