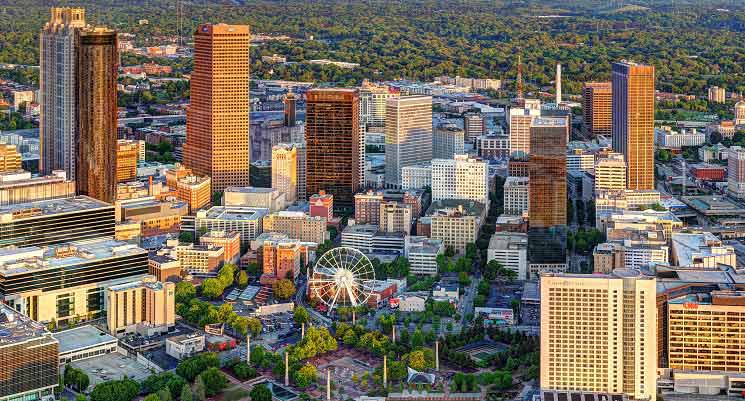 Atlanta Convention & Visitors Bureau announced record-breaking hotel occupancy in 2019 in the city of Atlanta at 74 percent, according to data from Smith Travel Research.

“It was an incredible year for Atlanta, driven by the fantastic Super Bowl the city hosted,” says William Pate, president and CEO, ACVB. “Atlanta’s expanding hotel portfolio and ever-growing convention and entertainment district (pictured above) will continue to bring visitors to the city for years to come.”