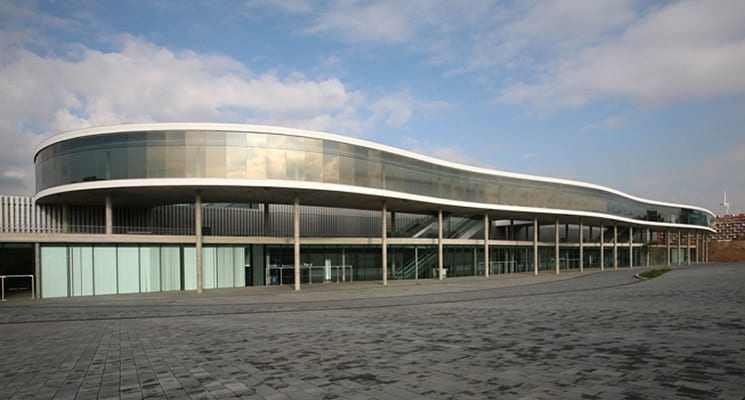 Pictured: Barcelona’s Gran Via Convention Centre, its newest and the largest in terms of conference rooms (up to 70) and exhibition floor space (24,000m2).

On May 7 the International Congress and Convention Association released its 2017 statistics and reported a record number of association meetings. For the first time since 2014, Barcelona claimed the top city spot while the United States remained the top country for meetings as it has for two decades. The association meetings market continues to show robust growth.

In its advocacy report “A Modern History of International Association Meetings: 1963-2013,” ICCA identified a 50-year trend of exponential growth in the number of international association meetings: the number of these meetings doubled every 10 years. In the last 5–10 years, this exponential growth seems to slowly transcend into a more mature, but still solid, growth pattern.

More research and data is needed to identify any changes to the long-term pattern, so ICCA plans to update its “Modern History of International Association Meetings” report with the release of a 55-year history of international association meetings later this year.

The same cities have remained in the top five for three years but this year Barcelona surpassed regular first and second busiest meeting cities, Paris and Vienna. Paris had four fewer meetings, but more participants at those meetings rising from 74,586 participants in 2016 to 112,000 in 2017. Since 2010, Paris has consistently occupied the first or second position, which the Convention Bureau of the Paris Convention and Visitors Bureau attributes to promotional actions led by the professionals of the industry with the bureau.

The remaining top 10 cities were Berlin, London, Singapore, Madrid, Prague, Lisbon and Seoul. Notable risers in the top 20 are Buenos Aires, jumping from 17th to 11th place, Budapest, jumping from 16th to 12th, and Hong Kong, jumping from 19th to 13th. Tokyo and Montreal are newcomers to the top 20 in 2017.

“It is fantastic news and a great testament to the hard work of the London Convention Bureau team that London has retained fifth spot in the ICCA rankings for the third consecutive year,” says Tracy Halliwell, director of tourism, conventions  and major events at London & Partners. “With a number of extraordinary events lined up, including the European Society of Cardiology Congress 2021, I am confident London will remain a top destination for event planners all over the world.”

Since last year there has not been much change in the top 10 country rankings, apart from a minor shift in positioning. As it has done for the past two decades, the U.S. remains in the number one position with 941 meetings. Germany and United Kingdom remained in second and third place. The remaining countries in the top 10 were Spain, Italy, France, Japan, China, Canada and the Netherlands.

The ICCA noted that while its annual country and city rankings report is the most respected global comparison of destinations’ performance in attracting international meetings, it should be noted that the report covers a narrow segment of the meetings industry. It only includes international association meetings that rotate between at least three countries, have a proven attendance of at least 50 participants, and are held on a regular basis. The organization clarified that its rankings should thus not be mistaken as providing an overview of the entire meetings industry. ICCA members are always advised to consult other rankings and collect their own meetings statistics to help them provide a full picture of their performance.

“In a world of disruption and unpredictability, the continuing growth in international association meetings is a welcome anomaly, but is not that surprising,” says ICCA CEO Martin Sirk. “We are still in a period of revolutionary change in terms of scientific and technological advancements, which are transforming traditional association fields such as healthcare and trade. To make sense of the tsunami of new data and information, association communities need to meet. Not just at their traditional, well-established meetings, but in new gatherings specifically invented to serve new academic fields or to reach out to new audiences. These are the pressures that we believe will continue to boost the sector for many years to come.”

The full ICCA statistics reports are available now to members only via ICCA’s Destination Comparison Tool. The rankings for all countries and cities are set to be released to the public in mid-June.

Table 1: Top 20 city ranking by number of meetings organized in 2017

Since 2016 there has not been much change in the top 10 country rankings, apart from a minor shift in positioning. As it has done for the past two decades, the U.S. remains in the number one position with 941 meetings, seven more than reported at this time in 2016. The cities in the top three have not changed, with Germany and United Kingdom remaining in second and third place after the U.S.’s first. France exits the top five and drops to sixth place with the rise of Spain and Italy one place to fourth and fifth, and Japan retains seventh place for a second year running. China P.R. drops one place to eighth. Portugal drops out of shared tenth place to eleventh in 2017. Argentina falls two spots to 21st place and Denmark enters the top 20 at 20th place.

Table 2: Top 20 country rankings by number of meetings organized in 2017

ICCA represents the world’s leading suppliers in handling, transporting and accommodating international meetings and events, and now comprises more than 1,100 member companies and organizations in almost 100 countries worldwide. ICCA has specialized in the international association meetings sector since its establishment 55 years ago, offering unrivaled data, communication channels and business development opportunities. ICCA members represent the top destinations worldwide and the most experienced specialist suppliers. International meeting planners can rely on the ICCA network to find solutions for all their event objectives, such as venue selection; technical and strategic advice; assistance with delegate transportation; full convention planning or ad hoc services. For more info, visit iccaworld.org.