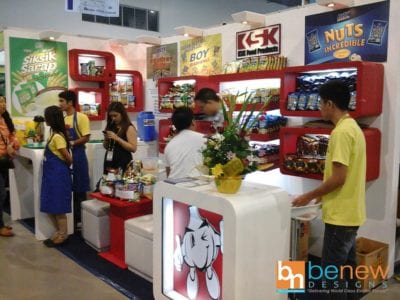 The Hotel Show Philippines is set to launch in 2017, organizer dmg events says, and will be co-located with the largest food show in the Philippines, World Food Expo (picture at right), which is returning for its 17th year. The event will be modeled after The Hotel Show Dubai, which is the organizations flagship event, but it will be tailored for the Philippine marketplace, says dmz events vice president Andy Stuart. “The Hotel Show Dubai yearly gathers international exhibitors to showcase their hospitality products for restaurants, cafes, bars, and hotels,” Stuart said. “Bringing the Dubai show’s undisputed legacy and giving it a local flavor, we are confident that the Philippine version of our highly popular brand will attract the same level of local and global interest and attention.”

The co-located events will take place in Manila next August and occupy the country’s two largest venues, the World Trade Center Metro Manila and SMX Convention Center. Officials at dmg say the blooming hospitality industry in the Philippines prompted the addition of this show to the company’s docket, noting that an explosion of hotel rooms and international tourist arrivals makes Manila a promising destination in the event industry.