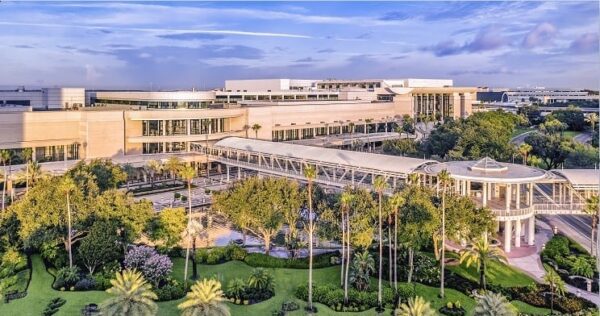 Wi-Fi: Complimentary high-speed internet is available in public spaces, restaurants, common areas and lobbies. The exhibition space is a separate network and must be arranged through the facility. Exhibitor Internet is broadcast only as a 5GHz network.

Hotels: There are more than 110 hotels within a three-mile radius of the OCCC

Airport Info: The OCCC is 13 miles from Orlando International Airport.

Fun Fact #2: The OCCC consists of two huge buildings connected by a covered walkway. The north/south building alone took 130,000 cubic yards of concrete to complete. If that concrete had instead been used to build a sidewalk, it would be 140 miles, the distance from the OCCC to Key West.

Fun Fact #3: The larger of the OCCC’s two ballrooms has more square footage than the White House.