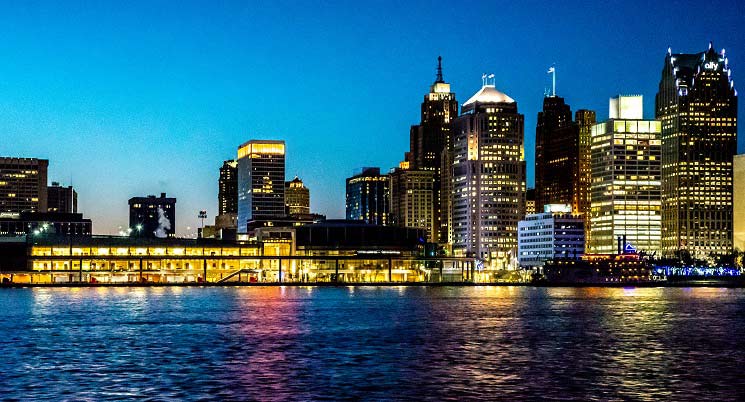 Detroit’s world-class convention center, formerly known as the Cobo Center, was officially renamed the TCF Center on Aug. 27. Announced by TCF National Bank, a subsidiary of TCF Financial Corporation, and the Detroit Regional Convention Facility Authority, this naming rights partnership is a 22-year deal. Chemical Bank, now a division of TCF Bank following its successful merger of equals on Aug. 1, was selected and awarded naming rights earlier this year by the DRCFA following a comprehensive, competitive process

“We couldn’t be prouder or more honored to partner with the authority on this unique opportunity to support our hometown and state. It helps ensure a continued strong, vibrant future for the world-class Detroit convention center that connects our city to the world,” TCF Executive Chairman Gary Torgow says. “It’s an important part of our larger, intentional effort to marry inclusion with investment across the city and its neighborhoods, region and state. We look forward to reaching new heights.”

“This naming rights agreement has been a goal of the DRCFA since it was formed in 2009 and TCF Bank is the perfect partner,” says Larry Alexander, chairman of the DRCFA and president and CEO of the Detroit Metro Convention & Visitors Bureau. “Our partnership with TCF Bank will help to cement the convention center’s strong financial future. We continue to dedicate ourselves to providing world-class service to our customers, maximizing positive economic impact, creating region-wide jobs and expanding business opportunities for the benefit of business stakeholders and the local community.”

Against the backdrop of 10 million visitors who come to greater downtown Detroit and the 1.5 million visitors to the Convention Center annually, TCF Center will continue to grow its book of meetings, conventions and event business as it has continued to set record-breaking numbers since its $279 million renovation. In fact, TCF Center had an unprecedented year in 2018 with 244 events and a 564 percent increase in revenue since 2009.

On Aug. 1, 2019, Chemical Financial Corporation and TCF Financial Corporation closed its merger of equals becoming TCF Financial Corporation headquartered in Detroit. Both Chemical Bank and TCF Bank brands will continue in the market until mid-2020 when Chemical Bank branches will be rebranded TCF Bank. The combination creates a premier Midwest bank with $47 billion in total assets, more than 500 branches in nine states, and a specialty lending and leasing business in all 50 states. The bank will soon build a landmark tower to serve as its headquarters in downtown Detroit and helped spearhead the $35 million Strategic Neighborhood Fund to help reinvest in and bolster Detroit neighborhoods.

“I can’t think of better partners than Gary Torgow and the team at TCF Bank to help secure the future of our region’s convention center,” says Detroit Mayor Mike Duggan. “Today’s announcement, combined with TCF’s commitment to build its new headquarters in downtown Detroit and Gary’s leadership building our Strategic Neighborhood Fund, shows TCF Bank is truly invested in our city and its people.”

With 723,000 square feet of exhibit space, TCF Center, formerly Cobo Center, boasts one of the largest contiguous exhibit floor spaces in North America and is the 17th largest convention center in the country. For more info, visit www.tcfcenterdetroit.com

On Sept. 15, 2009, operational control of TCF Center transferred to the DRCFA, under a collaborative agreement by the Michigan State Legislature, the City of Detroit, and Wayne, Oakland and Macomb counties. Each of these entities has an appointed member on the DRCFA Board. Larry Alexander is the appointee of the Governor of the State of Michigan and serves as Chairman of the Board. For more info, visit drcfa.org