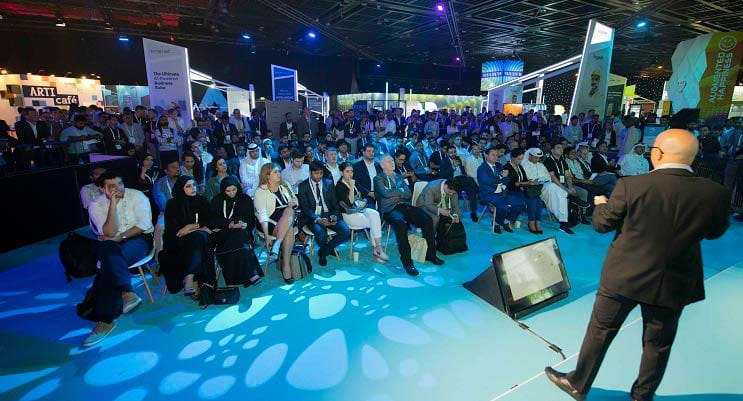 Dubai’s economy continues to experience sustained growth from the contribution of business tourism,  driving the nation’s economic diversification agenda prioritized in the UAE Centennial 2071 strategy, according to a July report from the Dubai World Trade Centre.

Dubai World Trade Centre’s portfolio of businesses and the activities enabled by events hosted, organized and delivered at the venue, generate high returns for ancillary industries across the MICE ecosystem, while continuing to serve as an economic catalyst for the country.

Analyzing the factors underlying DWTC’s growing contribution to the city’s GDP acceleration agenda, the report highlighted the success of the venue’s 97 large-scale exhibitions, trade events, conventions and conferences hosted through 2018, that attracted over 2.5 million event attendees, with more than 1 million international visitors, reflecting the sustained return on investment being delivered consistently for global participants.

“2018 was a particularly noteworthy year that marked four decades of our accelerated journey towards accomplishing the aspirational mandate laid out by His Highness Sheikh Mohammed bin Rashid Al Maktoum, Vice President and Prime Minister of the UAE and Ruler of Dubai, to make the emirate the global hub for regional business networking,” says Helal Saeed Almarri, director general, Dubai World Trade Centre Authority and Dubai Department of Tourism and Commerce Marketing.

“Our investments and strategic efforts over this period are aimed at furthering DWTC’s role as a pioneering MICE platform, optimally positioned to connect developed economies with high-growth emerging markets across continents,” he continues.

“Consequently, thanks to the incredible and consistent support we have received from our leadership, we have been able to sustainably unlock and elevate the MICE sector’s contribution to both the UAE’s economic diversification agenda and Dubai’s GDP in line with the Dubai Plan 2021.”

Four key metrics have been assessed: total spending at MICE events; other direct spending in related sectors such as hotels and restaurants, retail and recreation, air and ground transport, government and business services; indirect spending related to necessary production increases to meet increased demand; and the induced value that results from higher employment and earnings.

The study attributed the record AED 13.1 billion in retained economic value for Dubai’s largely import-based economy to the performance of DWTC’s large-scale events, estimating that for every AED 1 (unit dirham) spent at these events, a further 4.4 times in sales value was generated for ancillary sectors and Dubai’s wider economy. Overall, Dubai’s MICE sector enabled AED 16.3 billion of direct economic output in 2018, marking a 2 percent increase over 2017, driven by the surge in demand for goods and services. The nation’s leadership has consistently reiterated the significance of a burgeoning MICE sector, indicating that its success largely supports wider industries.

Europe accounted for the highest number of international business event visitors (25 percent), followed by the GCC (21 percent), and the MENA region (17 percent). The top 10 source markets—the Kingdom of Saudi Arabia, India, Oman, China, Egypt, Turkey, the United Kingdom, Germany, Italy and Kuwait—all lie within an eight-hour flight path from Dubai, highlighting the city’s growing significance as a premier business destination at the crossroads between the East and the West.

Five key industry sectors dominated in 2018: Food, Hotel and Catering; Healthcare, Medical and Science; Information Technology (IT), Business and Finance; Energy and Environment; and Industrial Manufacturing—accounting for 66 percent (AED 8.6 billion) of the gross value added to Dubai’s economy. This not only indicates the success of the UAE’s National Innovation Strategy in guiding the nation’s economic diversification efforts, but also demonstrates the strength of DWTC’s dynamic portfolio, the report said. The stellar performance of MICE events hosted within these industries, have also largely supported in making the UAE’s economy more competitive and resilient to global headwinds.

The National Agenda 2021 places immense significance on transforming the UAE into a competitive tourism and commercial hub, achieved by transitioning into a knowledge-based economy with emphasis on efforts to deliver widespread socio-economic development for the nation. According to the Economic Impact report, a total of 87,861 jobs were attributable to DWTC’s business events sector in 2018, and generated an aggregate AED 4.2 billion in disposable household income, demonstrating that high value adding sectors, like Dubai’s MICE industry, play a crucial role in crafting a knowledge and skills economy, but also in contributing to the nation’s wider goal of becoming among the top countries in the world with regard to income per capita.

With a vision to make Dubai the world’s leading destination for all major exhibitions, conferences and events, DWTC has evolved from being the regional forerunner of the fast-growing MICE industry into a multi-dimensional business catalyst, focusing on venues, events and real estate management. For more info, visit www.visitdubai.com.