Finalists announced for 2018 Women in Events Hall of Fame 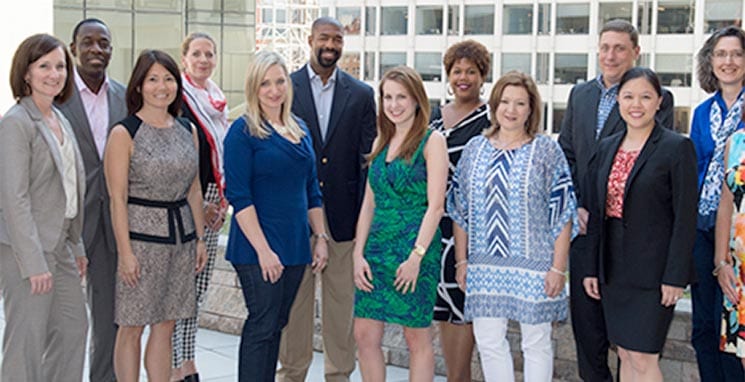 The Association for Women in Events Awards Committee announced the finalists for the 2018 Women in Events Hall of Fame on June 21. There are five categories with three nominees in each.
The Disruptor Award nominees are Christy Lamagna, Courtney Stanley and Natalie Benamou. The award pays tribute to the influential man or woman assisting the upward mobility of women in events and taking action to create an opportunity or solve a problem. The nominees are strong leaders who have done something to change the status quo for women in the events industry.

The nominees for The Coach Award are Annette Gregg, Kate Patay and Mary Power. The award recognizes a man or woman who shares knowledge with women in the industry and looks for opportunities to mentor and sponsor women. It recognizes the key role of one-on-one sharing of knowledge and blazing a trail for others.

The nominees for the Women of Influence Award are Carole McKellar, Desiree Knight and Tyra Dyson. The award recognizes a woman who is an example to others in her career path and achievements, and with her success has continued to support and empower the women around her.

The nominees for the Emerging Leaders Award are Sabrina Millet-Kanabar, Renee Lake and Sarah Soliman. It is designed to recognize a woman or man who is succeeding in the events industry and embodies the values, skills and behaviors that others can emulate to succeed.

The Organizational Leadership Award award recognizes the events-associated organization that is doing the most to support and nurture women, with a specific program or programs that have had measurable results. The nominees are Jon’ll Boyd, Samantha Sheppard and Salha Kabwana, leaders involved with such organizations.

“The quality and breadth of the nominations was eye opening and humbling! I’m so proud to be part of such an inspiring community of men and women making a difference in our industry,” says Carrie Abernathy, AWE co-founder and chair. “The committee had a hard job making their decisions, but the honor is rightfully deserved by the people they chose.”
The winners to be inducted into the Hall of Fame are set to be announced at 3 p.m. EST on July 12 via Facebook Live on the Association for Women in Events Facebook page.
The Association for Women in Events (AWE), a not-for-profit organization supporting gender equality and diversity in the event industry, has announced its inaugural inductees for the Women in Events Hall of Fame Recognition Program, hosted by the AWE Awards Committee. This committee was formed with a vision to create an engaged group of elite, industry professionals that exemplify AWE values and serve as an ongoing resource for inspiration, guidance and leadership. For more info, visit womeninevents.org.