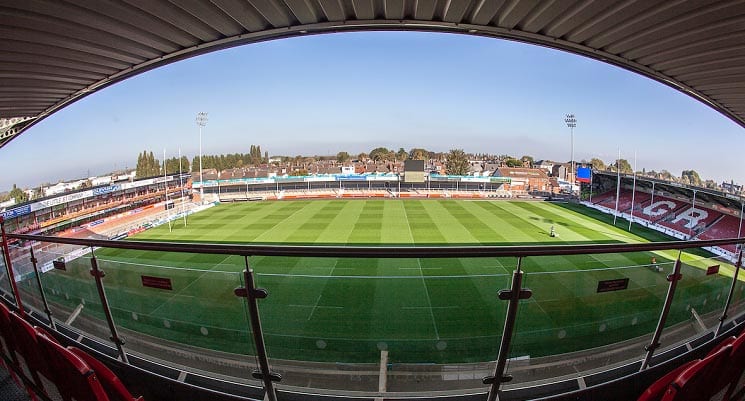 Gloucester Rugby, one of England’s leading conference and event venues, has seen a significant increase in new business following a wide-ranging investment in brand and offering.

Over the last two years, Gloucester Rugby has embarked on several ambitious projects to future proof the Gloucester Rugby business. This included initiatives such as a rebrand for the club, installation of super-fast WiFi and a new pitch.

Additionally, the club made several strategic appointments including Angela Sanders, who was appointed 12 months ago to head up the conference and events team. Since then, Gloucester Rugby has seen:

Gloucester Rugby and Kingsholm Stadium has been at the heart of Gloucester’s community for many years. The rebrand was not only a significant catalyst for the wider club, which saw an industry leading 18 percent rise in club memberships, but it was also a chance for the venue to refocus its conference and events offering through both the appointment of Sanders and Ravin Pankhania (both formerly of etc.venues). They joined long term member of staff Tracey Howe, who has more than 10 years’ experience running events at the venue.

Sanders has used her dozen years of industry experience to reinvigorate the Gloucester Rugby conference and events offering, making it more popular with corporate, agency and association bookers looking for a venue in the West with excellent access from the Midlands, Wales and far South.

This has been backed up by increased investment in a team of industry experts and support by the club’s management who see significant value in an improved commercial offering.

“We have a lot more to offer here than just rugby,” says Sanders, head of conferences and events at Gloucester Rugby.  “With only 16 match days a year, fixed well in advance, we have significant opportunity to host a wide range of events, conferences and meetings. Implementing new changes and making the most of non-match days has meant that we have seen vast increases in sales and are well up on budget year on year. I am really pleased with our recent success and look forward to seeing the conferencing and events department continue to grow as it supports Gloucester Rugby from a commercial point of view.”

Gloucester Rugby are a professional rugby union club based in the West Country city of Gloucester. They play in Premiership Rugby, England’s top division of rugby, as well as in European competitions. For more info, visit https://www.gloucesterrugby.co.uk/