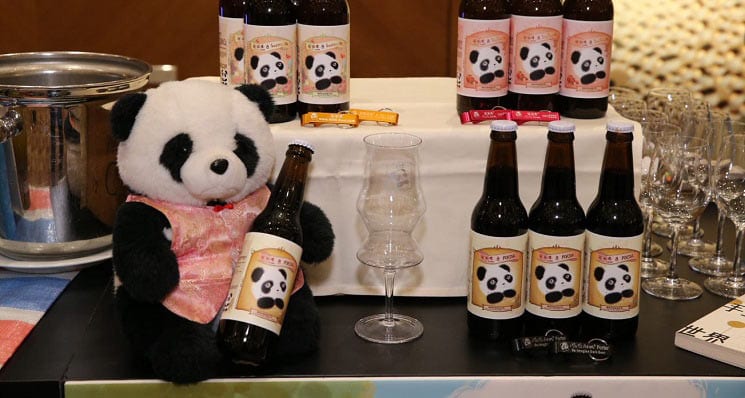 This year, more than 1,000 exhibitors from more than 20 countries and regions will showcase their quality wine and spirits, including a Ukrainian exhibitor making its debut appearance at the fair. Some 60 events will be organized as part of fair. The last day of the event will be open to public visitors with tickets, offering an exceptional opportunity for Hong Kong’s wine lovers to enrich their knowledge and sample a broad selection of wines from around the world.

“Following the decision by the Hong Kong Special Administrative Region Government to eliminate all duty-related customs and administrative controls on wine in 2008, Hong Kong’s wine industry underwent a rapid boom,” says Benjamin Chau, acting executive director of the HKTDC. “The total value of wine imports surged from HK$1.6 billion in 2007 to HK$12 billion in 2018, an increase of more than 700 percent. The satisfactory growth in local demand signals a positive outlook for the local wine industry. Today, Hong Kong has evolved into the region’s principal wine trading and distribution hub, and the city continues to be a gateway for wines to enter the mainland market.”

This development is enabled by numerous advantages that the city enjoys. In addition to wine trading and distribution, other wine-related businesses including auctions, retailing, warehousing, catering and transportation are well established in Hong Kong. Since 2009, Hong Kong has also become one of the world’s largest wine auction centers, with auctions sales reaching US$133 million in 2018—the second highest in the world.

According to Statista, the demand for wines in the Asian and Mainland Chinese markets continues to grow. The market research agency forecasts that between 2019 and 2023, wine sales in Asia will grow at 4 percent yearly. A report from Euromonitor International, meanwhile, revealed that consumers in Hong Kong are seeking new tastes and high-quality alcoholic beverages.

The 2019 Wine & Spirits Fair will feature some 20 international group pavilions from wine-producing regions, trade organizations and governmental bodies looking to promote their quality products. This year, Japan’s Tottori Prefecture will host its debut pavilion at the fair, while the pavilions from the Czech Republic, Germany, Spain and the Japan External Trade Organization will all expand in scale. Additionally, a craft beer pavilion will be launched as part of the broader beer zone, with an assortment of quality craft beers, including several from Hong Kong breweries, on display.

Specialty zones aside, exhibitors from around the world are presenting an array of remarkable products at the 2019 Wine & Spirits Fair, including:

– Sav Sparkling wine from Sweden, which is made with nutritious Nordic birch sap collected every spring when the snow begins to melt. The sap is then fermented using traditional methods and the process takes a full year to complete;

– A champagne gift box, jointly created by Champagne Comtes de Dampierre from France and Bentley Motors from the United Kingdom to celebrate the carmaker’s centenary;

– Laimao Chinese liquor produced by Kweichow Moutai from Mainland China, which was launched in 1941 as a predecessor of Moutai, the national wine of the mainland. The Laimao is a fine example of spirits that have a rich “fermented fragrance”.

In addition to liquor and beverages, the Wine & Spirits Fair also features the Whisky and Spirits zone, the Beer zone, the World of Olive Oil zone and various zones that promote the industry’s all-round development, including Wine Education, Wine Accessories, Equipment and Services and Wine Investment. Food-pairing products, meanwhile, will be showcased in the Friends of Wine zone.

The Hong Kong Trade Development Council (HKTDC) is a statutory body established in 1966 to promote, assist and develop Hong Kong’s trade. With 50 offices globally, including 13 in Mainland China, the HKTDC promotes Hong Kong as a two-way global investment and business hub. The HKTDC organizes international exhibitions, conferences and business missions to create business opportunities for companies, particularly small and medium-sized enterprises (SMEs), in the mainland and international markets. For more info, visit:www.hktdc.com/aboutus.