The 2018 World Autism Organization Congress, a major international conference focusing on Autism Spectrum Disorders (ASDs), will be held for the first time in the U.S. This is thanks to the efforts of Texas Medical Center, the Greater Houston Convention and Visitors Bureau and MCI Group, a global professional congress organizer. The conference will be held November 2018 in Downtown Houston and is expected to draw approximately 1,500 delegates from around the world. 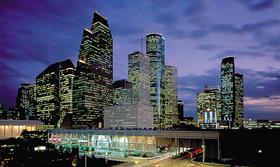 “This conference is a huge win for Houston and was made possible in large part by the support of the Texas Medical Center and its President and CEO Dr. Robert Robbins,” said Mike Waterman, president, GHCVB. “This partnership is critical to securing these major conferences and propelling our reach in the life sciences industry.”

The World Autism Organization (WAO) was founded in 1988. Since then, the organization has held events in Australia (2002), South Africa (2006), Monterrey (2010) and Kuwait (2014). While the Congress has held meetings across the world, Houston was chosen to be the 2018 World Autism Organization Congress host for its extensive medical center and access to scientific support, proximity to Mexico and Latin America to help increase attendance, international air access and compact convention district with multiple hotels and venues for social events.

Houston is a member of BestCities Global Alliance alongside an elite group of partner cities including Berlin, Bogota, Cape Town, Copenhagen, Dubai, Edinburgh, Houston, Chicago, Melbourne, Singapore, Tokyo and Vancouver. This allows the GHCVB to share leads for convention business and participate in international promotion. It is through this partnership that the GHCVB met with members of the WAO and later secured the 2018 conference.

“We are confident that this will be a hugely significant event in terms of the Congress itself and the legacy for the future. We hope that part of this legacy will be a long-term relationship between all involved with autism in Mexico with their counterparts in Texas,” said Jill Stacey, president, the World Autism Organization.

The World Autism Organization Congress meeting is part of a larger focus for the GHCVB in the life sciences. In 2013, the bureau launched Medical World Americas, a new medical meetings and tradeshow initiative in partnership with Texas Medical Center. The goal is to use the strengths of Texas Medical Center institutions and professionals to bring major medical and health care events from around the country, and around the world, to Houston.

“The Texas Medical Center, the world’s largest academic medical center, is home to 56-member institutions on a 1,345-acre campus and a membership that includes some of the most well-known and top-ranked hospitals and academic institutions in the country,” said Dr. Robert Robbins, president and CEO, Texas Medical Center. “This “city of health’ is uniquely positioned to benefit meetings in the life sciences industry and we look forward to welcoming the World Autism Congress.”

The World Autism Organization Congress meeting is precisely the kind of win the GHCVB and TMC hoped would result from this partnership–bringing the medical world’s attention to Houston. This announcement represents the third major life science conference secured by the GHCVB in partnership with the Texas Medical Center since the initiative was first launched. Others include the Human Genome Meeting (HUGO 2016) and the World Federation of Acupuncture and Integrative Medicine Conference (WFAS 2014).