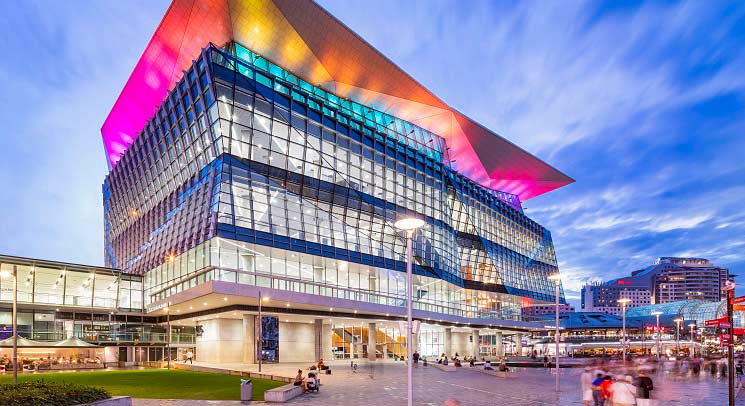 ICC Sydney released its 2019 financial year performance results, which saw the 1.4 million delegates and patrons attending events at the venue generate $896 million (Australian) in direct expenditure for the state in its third year of operation.

A key component of the NSW government’s suite of infrastructure projects, ICC Sydney is a $1.5 billion development which comprises an industry leading convention center, exhibition center and the 8,000 seat First State Super Theatre.

“ICC Sydney is generating economic and social benefits for our citizens and our approach to providing unique experiences through event programming places local talent center stage and elevates Sydney’s reputation for creativity and innovation.

“Another key contributor to our success is the talented team behind these results. Our EY Sweeney delegate satisfaction survey again revealed an extraordinary 99% rating and our client satisfaction rating increased from 97 percent to 99 percent.”

NSW Treasurer Dominic Perrottet says ICC Sydney is boosting the economy, creating jobs and giving back to the community.

“ICC Sydney is a best practice example of why the state invests in major infrastructure projects—delivering a win for the people of NSW, the economy and visitor experiences while enhancing our city’s reputation globally.”

Minister for Water, Property and Housing Melinda Pavey adds: “The world-class development is part of an ongoing revitalization of the precinct that will transform the 20 hectare Darling Harbour area.”

With the business fundamentals in place, and as a major piece of government infrastructure, Donaghy says that international convention centers also have an obligation to look beyond the numbers.

“Our commitment to community is evident across a number of areas including our work with First Nations people and their businesses, students, start ups and entrepreneurs, feeding people in need and providing the creative industries access to our world stage.

“Highlights from across the financial year include becoming the first convention centre nationally to launch a Reconciliation Action Plan, creating opportunities for artists from the Talent Development Program, Bankstown Poetry Slam and the Kari Foundation to perform at ICC Sydney and donating thousands of meals to community members.

“Celebrated as more than a magnificent venue, our investment in our people and our engagement with the community around us are the critical ingredients to our client’s success and the experience we deliver for visitors.”

Further ICC Sydney achievements in 2018-19 include: