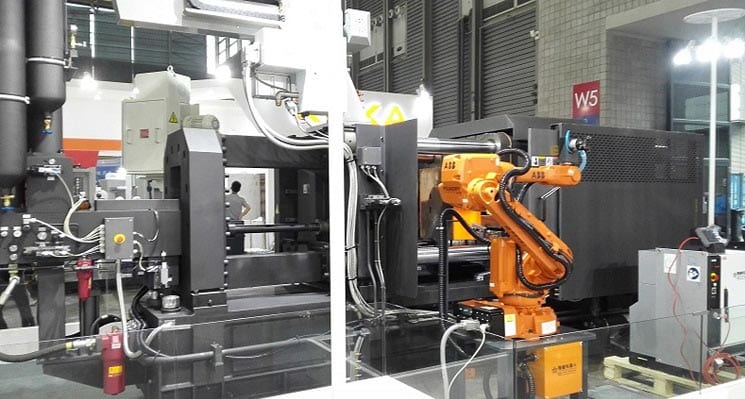 More than 30 exhibitors are set to show at Euroguss Mexico Oct. 24-26 in Guadalajara, Mexico. The event, organized by NurnbergMesse, is set to debut during the  21st Fundiexpo, Mexico’s largest foundry exhibition. The organizers note that the event should be of interest for all players in the die casting market that want to establish or expand their business in the Mexican market. They add that the large number of registrations received show that Mexico is a highly lucrative and promising market for international companies.

As the fourth largest exporter of automobiles, Mexico is one of the world’s leading markets for cars and automotive parts. Many well known manufacturers have production facilities in Mexico. The recently extended free trade agreement between the European Union and Mexico encourages and simplifies trade, as there are virtually no duties to pay from this point on. The Mexican government’s economic and trade delegation ProMéxico is also working to cement economic relations between Mexico and Europe.

NürnbergMesse hopes to pave the way for companies to enter the Mexican market, and is also plans to facilitate contacts to relevant firms from the Mexican economic area at the matchmaking event supported by ProMéxico.

“Mexico and North America are very important for the foundry sector,” says Christopher Boss, international product manager and exhibition director Euroguss at NürnbergMesse. “So it’s all the more pleasing that the stands at Euroguss Mexico were booked out so quickly. An especially positive aspect is that our longstanding Euroguss exhibitors KUKA Industries, GmbH & Co. KG, AWEBA Werkzeugbau GmbH and Oskar Frech GmbH & Co. KG didn’t hesitate for a second and registered for Euroguss Mexico immediately.  I am absolutely delighted by that, and it shows us that this was absolutely the right move. Companies have a definite need for a trade fair in this segment,”

The show isn’t just for exhibitors. NurnbergMesse is offering a customizable travel and business package for interested visitors and a simplified registration procedure for the Fundiexpo. Participants will have access to the communal areas of the exhibitor pavilion for dialogue and networking. Participants can also take advantage of various offers, including a guided tour of the Fundiexpo, participation in the conference program, various evening events and the opportunity to take part in the matchmaking event organized by ProMéxico.

“It really matters to us to give our exhibitors and visitors the best possible support in getting to know the Mexican market and its players and in forging or intensifying profitable contacts,” says Boss.

For the second day of the fair, NurnbergMesse has organized a conference program of about 15 presentations. Exhibitors from the EUROGUSS Mexico pavilion are set to be among the speakers. The very diverse range of products offered by the exhibitors is also reflected in the presentation topics, which cover the entire supply chain for light metal casting. For example, experts will inform participants about tool-making, robotics and Industry 4.0, but also generally about the increasing significance of the Mexican foundry market.

“The foundry market and issues associated with it, from R & D to suppliers and customers, are becoming increasingly more global,” says Franz-Josef Wöstmann, head of the foundry technology department at the Fraunhofer Institute for Manufacturing Technology and Advanced Materials (IFAM) in Bremen. “This is why international research-sharing is also gaining in importance. We would like to use NurnbergMesse’s international die casting events to create a new opportunity for networking between various stakeholders in the research field.”

Wöstmann will be presenting the German research priorities in foundry technology for the first time as part of the conference program for Euroguss Mexico. “We are hoping for lively discussions with Mexican research establishments and companies with a view to initiating joint mutual projects,” Wöstmann says.

The Fundiexpo is Mexico’s number one trade fair for the foundry industry. The trade fair and congress, which is organized at alternating venues by the foundry association Sociedad Mexicana de Fundidores, has enjoyed steady growth. This year 170 international exhibitors from more than 10 countries are set to showcase their casting solutions to an expected 5,000 trade visitors at a 7,000-square-meter display area. Over three days visitors can obtain comprehensive information about new innovations and trends, including raw materials, casting equipment, molds, technical services and other technologies. For more info, visit  www.fundiexpo2018.com.