International Focus/AIPC: Are We Ready for the Next Downturn? 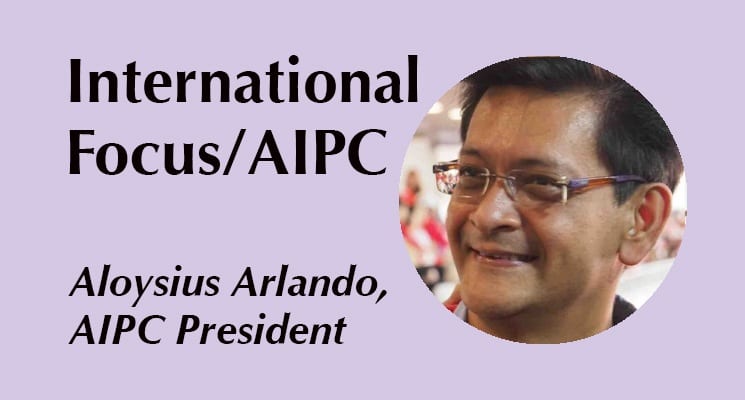 As most of the world seems to teeter on the edge of a growing expectation of economic downturn, if not recession, it is an interesting time to reflect on what we may have learned through the last cycle. We would certainly be coming off a high—recent industry surveys having shown some of the highest levels of business performance and confidence we’ve ever recorded—and adapting to new conditions could well be more demanding this time around! So what have we learned over the course of the last cycle that we can apply to planning for the next?

First, it is that all things eventually pass—and that we can be assured that any downturn will be a transition we need to bridge rather than a permanent new set of operating conditions. Having said that, we also saw how some things that change during an economic slump will never return afterward, at least in the same way. As an example, one thing many of us experienced during the last downturn was the increasing reliance many event organizers had for centers to help take up the slack in service delivery, as their own cutbacks took hold—and that still holds in many cases today, where centers find themselves devoting more and more time to coming up with ideas on how clients can get the most out of their facilities. It was the same case with client expectations for concessions and subventions in many parts of the world—first, a kind of “emergency measure” but ultimately just an ongoing fact of life that persists today.

Secondly, we know there will be a shift in our business mix. The corporate business that was so strong prior to the last financial crisis evaporated overnight in many parts of the world and took many years to rebuild to its current position at the top of the “business potential” list. In the meantime, we all learned just how stable association events were—the general experience being that they barely skipped a beat, with few cancellations and only a bit of attendance drop even at the depth of the crisis. It seems reasonable that this kind of a pattern would likely repeat in the event of another downturn—in fact, there’s an argument to be made that a time of any kind of crisis is one that is most likely to actually increase the need for gatherings to deal with the aftermath and plan for the future.

Third, we all learned the value of revenue diversification—of pursuing other revenue sources to help mitigate the effects that a loss of traditional streams could have on everyone’s bottom line, and that applies as much to organizers and association executives as to industry suppliers. The result back then was a flurry of new and creative revenue ideas in almost every aspect of event development and management—and while these slowed when traditional revenues started to rebound, they will most certainly be a factor in any future scenarios that generate financial challenges.

Finally, we all—both suppliers and clients alike—learned the value of good communications and a partnership approach to event delivery. Then, it was a matter, in at least some cases, of survival, but in general, always a good approach to that critical supplier-client interface. In fact, while pursuing these kinds of relationships is a good idea under any conditions, it can be particularly valuable when economic conditions are leading to more constrained budgets and everyone needs to become a bit more creative in driving cost-effectiveness.

The big lesson here is that while we can all still hope that the predicted economic downturn will not in fact materialize—or if it does, it will be short-lived—history suggests that a bit of advance preparation can’t hurt. To find those lessons—and to think about what strategies they might suggest as we look to the future—we need look no further than the last downturn!

AIPC represents a global network of more than 190 leading centers in 64 countries with the active involvement of more than 1,000 management-level professionals worldwide. It is committed to encouraging and recognizing excellence in convention center management, based on the diverse experience and expertise of its international representation, and maintains a variety of educational, research, networking and standards programs to achieve this. AIPC also celebrates and promotes the essential role of the international meetings industry in supporting economic, academic and professional development and enhancing global relations amongst highly diverse business and cultural interests.