International Focus: Bringing the World to China, and China to the World 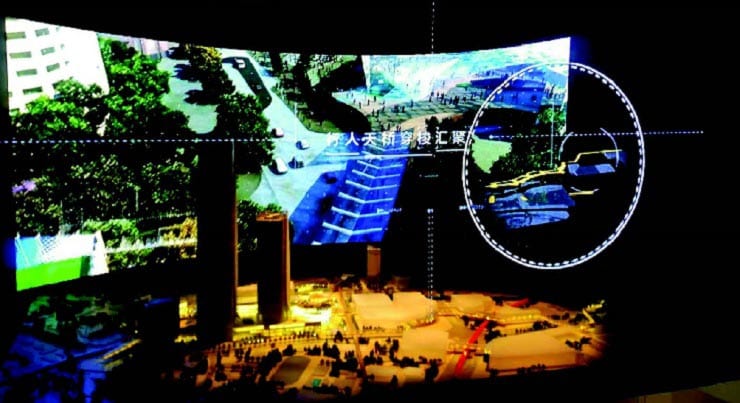 Amid global economic and political uncertainties, China continues to power ahead and its Meetings, Incentives, Conventions, and Exhibitions industry continues to thrive. Not one to rest on its laurels, the nation continues to think strategically about its next move in developing its MICE capabilities; building convention centers, hotels and other venues to keep up with the growing demand.

Second-Tier Cities Growth
According to figures from the Global Business and Travel Association, China has solidified its new-found position as the world’s largest business travel market, accounting for nearly 25 percent of global business travel spending. MICE is a crucial component of this as international and domestic companies continue to introduce and hold MICE activities in key cities in China, with other cities entering the industry and pushing hard for a piece of the action.

While first-tier cities such as Beijing, Shanghai and Guangzhou are the first to attach great importance to the development of the MICE industry, the pace at which second- and third-tier cities are evolving and transforming is astounding. These are aided by foreign investment, favorable policies and government incentives that help make these cities highly attractive and industrialized, with places such as Chengdu, Hangzhou, Suzhou, Wuhan and Chongqing possessing great potential to emerge as top tier MICE destinations. From high-tech industrial bases, commerce and logistics centres to integrated transportation hubs, each city continues to push the development of MICE. All efforts are focused on globalizing the sector and elevating all of its services to internationally-recognized standards.

Belt & Road Impact
China’s MICE industry growth has been driven by strong domestic demand given the rising affluence of its population and the internationalization of the country on the world stage. Chinese President Xi Jinping’s ambitious Belt and Road Initiative aims to push China’s global presence further with the creation of regional connectivity through infrastructure development. As the BRI is cross-regional and across sectors, the implementation of this initiative will create more MICE opportunities for China both inbound and outbound, and promote world trade and economic growth.

Since the proposal of the BRI, there has been a marked increase in trade connectivity, and China has collaborated with countries involved to promote trade, facilitate investment and also improve its business environments. As a result, the total trade between China and the BRI countries from 2014-2016 exceeded US $3 trillion, with trade in services also rising in proportion. In addition, the strategic objectives of the BRI are closely connected to the expansion plans of many Chinese enterprises. Against the backdrop of these developments, it is clear that China’s MICE industry will continue to grow.

On another front, there is an increasing number of trade shows in China going global, with more than 120 Chinese-led exhibitions being held in international markets in 2017–a trend that will continue to intensify in the future years as the BRI initiative takes root.

This is great news for China’s MICE industry.
Ingesting and creating new concepts and ideas have always been key efforts of China. Likewise, the push towards cutting-edge, innovative technology and digital opportunities has shaped the country. Identified as one of the world’s most active digital transformative markets, China today is all about experiences. Common technologies include augmented reality, virtual reality, 360-degree videos and transmitter devices. Almost every exhibition in China is interactive and each event is looking to out-do the one before with different technology, resulting in a surge of new, intuitive technologies that enhance the visitor experience and immerse them in new worlds.

Sarah Chew is the sales and marketing director of Kingsmen Exhibits Pte. Ltd., a leading communication design and production group in Asia Pacific and the Middle East.