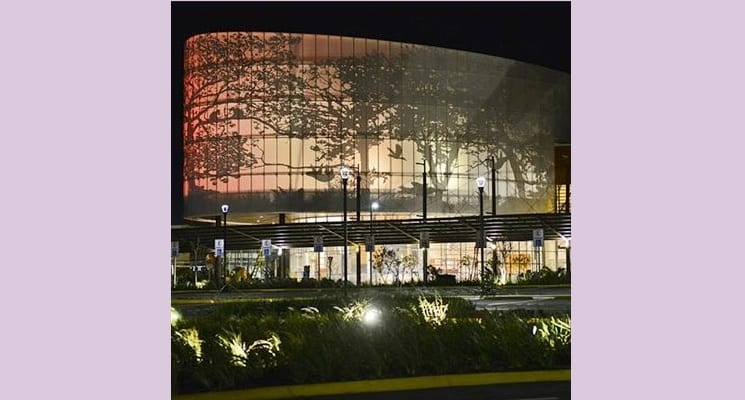 Nestled in the crook between Nicaragua and Panama, Costa Rica is an innovative and industrious corner of the tropics that quietly breaks boundaries without making too much of a fuss. However, the country’s Caribbean-lapped shores are also far from the tradeshow and convention hubs of Las Vegas, London and Tokyo. But this small nation of just under 4.9 million people not only holds its own in the event space, but does so while packing more punch than a hall full of heavyweight boxers.

When you hear Costa Rica, you aren’t likely to think business and tradeshows, but the fifth largest country in Central America boasts one of the region’s most exciting economies, as well as being one of the world’s greenest. Costa Rica puts nature first, but also maximizes its abundance of natural resources in a manner that does not compromise their integrity.

This policy has given rise to a unique economic model that combines effective ecological practices with gainful capitalist return. As a result, a thriving tourism industry based around beach vacationers and ecotourism is able to coexist with one of the planet’s largest exotic agriculture industries. Got a banana handy? Take a look, because there’s a good chance it came from Costa Rica.

It’s not all recent successes, either. According to the World Bank, the country’s GDP per capita has tripled since 1960, with growth averaging at a rate of 4.5 percent per year between 2000 and 2013. In 2017, Costa Rica recorded an all-time high GDP of $57.6 billion, with the country’s technology production industry greatly contributing to this figure.

However, it is Costa Rica’s focus on the synergies between sustainability and quality of life that presents an even more attractive–and arguably more impressive–proposition; Costa Rica is the creator and benefactor of the most efficient economy on the planet. British think tank, The New Economics Foundation, measures life expectancy, wellbeing and equality, and plots them against ecological impact. And Costa Rica tops the list every single time.

How do they do it? A study published by Cambridge University argues that it comes down to the country’s successful commitment to universalism, a principle that everyone should have equal access to effective social services, regardless of status or income level. And it seems to work. With a life expectancy of 79.1 years and an economy that preserves rather than damages the environment, Costa Rica is a disruptive new model that demonstrates how conventional capitalist thought can be highly inefficient, as well as highlighting areas where other countries could make similar improvements.

2018 has been a good year for Costa Rica’s tradeshow industry. In April, the Costa Rica Convention Center in Barreal de Heredia opened its doors, and while the name might not sound like much, it means that the country is now equipped with the necessary resources to attract and support major international events and conventions.

Sitting on 10 hectares (nearly 25 acres) of land, the building spans 15,600 square meters (nearly 168,000 square feet), contains eight halls, six meeting rooms and a whole host of up-to-date facilities. The two largest convention spaces each have a capacity of 4,600 people, with everything supported by a 1,000-unit parking lot and a solar energy farm. To say the project at Barreal de Heredia is “going all-out” could be considered an understatement; rather, this facility should be seen as an entire nation’s statement of intent.

And the story does not begin and end at the National Convention Center, either. The shows themselves are also growing, with increasing interest being registered by overseas players. Last September, the Andina Link Conference Expo attracted an estimated 5,000 attendees, and Exphore in June 2019 is set to attract 140 exhibitors from across the world.

Of course, no industry can exist without its vendors and supporting cast, and Costa Rica is not lacking in that department either. Octametro is an international tradeshow and exhibit company based in Miami, but has a satellite facility in downtown San Jose; Costa Rica’s capital city. The company specializes in larger, custom spaces, with a focus on facilitating commercial traffic between the U.S., the Caribbean and mainland Spain. There are smaller, local companies too, with all the necessary resources to support programs. These include Branders Mercadeo and Uno9 Producciones, as well as a number of event planning firms.

Costa Rica has strict labor laws that ensure the protection of the worker as a priority, and while reasonable and fair, the laws are among the most stringently enforced in the country. Be sure to check all paperwork is in order and agreements made in advance. Otherwise, labor is well-managed and can be quite cost-effective.

Supporting the whole lot is the Costa Rica Convention Bureau. Established in 1998, the group aims to represent, promote and grow the country’s tourist industry, and works closely with the Costa Rica Tourist Board in developing international tradeshows and educational seminars. The Bureau also offers organizational and event planning support, as well as a wealth of written media designed to provide thorough and in-depth answers to a wide scope of questions—they’re very insightful and helpful.

Outside the exhibit hall, San Jose has approximately 4,800 overnight guest rooms shared between upwards of 60 hotels, including a former coffee plantation. The country is served by two, major international airports, both of which offer regular flights between destinations across the United States.

Attending a tradeshow or conference in Costa Rica can be a real drag. With more than  1,000 miles of sandy beaches flanked by crystal clear waters and aquamarine lagoons, Costa Rica is the quintessential tropical paradise that everyone pictures when they hear, “exotic vacation.” The ocean remains warm throughout the year, meaning there are plenty of opportunities for swimming, surfing and scuba diving. The country is also known for its coral reefs, with sla Uvita and Cahuitasupporting some of the most unspoiled examples of the phenomenon in the world. Of course, the other side to a beach escape is to sit around and do absolutely nothing, and with scores of high-end hotels geared towards pampering every need, you won’t find it difficult to find somewhere to unwind.

Alternatively, you could get in touch with your inner Indiana Jones and head for the jungle. Just over one quarter of Costa Rica is set aside as reserved land for national parks and wildlife sanctuaries, including the famous Monteverde Cloud Forest. Excursions into the wilderness are operated at locations throughout the country, with indigenous fauna such as the ocelot, American crocodile and seven different species of poisonous frog all liable to make an appearance. Perhaps you want to get your hands dirty? Numerous conservation projects are run across the length and breadth of Costa Rica that not only make for soul-enriching experiences, but also excellent opportunities for team-building exercises off the tradeshow floor.

Some like it hot, and with an active volcano at Arenal, things are sure to get lively. The slopes offer thermal springs as well as hiking trails, with the views from the higher reaches among the best in the country. Whether Outdoor Retailer can be convinced to relocate its show to Arenal is still up for discussion.

Costa Rica is shaking it up across the board, and welcomes environmentally-conscious businesses to join the party and do the same. With big events such Exphore, Expoferretera, EXOTUR, and Hotels and Restaurants 2019 all already booked for next year, and the undertakings at Barreal de Heredia demanding to be recognized, the country’s commitment to the event and convention space is palpable. The tourist industry is healthy and growing (or confidently stable at worst, depending on the source), as are the agriculture and technology sectors. Each of these major markets has conventions, and each are seeing new events added each year.

The conclusion is unmistakable; everyone should start paying attention to Costa Rica. The tradeshow industry in the country is all about growth, and while it is not quite in its infancy any longer, the time is right to get in at the (relative) ground floor and make the most of a brave new world. Outlooks are positive, the model is sustainable and growth is happening at a manageable pace.