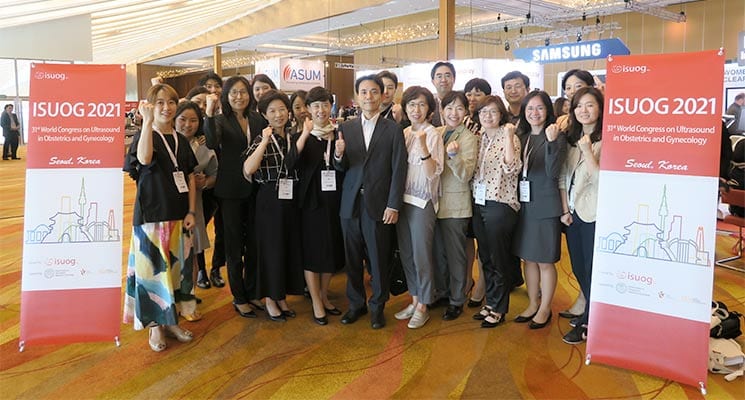 Korea Secures World Congress on Ultrasound in Obstetrics and Gynecology

Korea has once again successfully won a bid to host a large-scale conference—the 31st World Congress on Ultrasound in Obstetrics and Gynecology. The event is set to take place in Seoul for five days, sometime in late September to early October of 2021, welcoming approximately 2,000 clinicians, academics and industry experts from 75 countries.

The decision was unveiled during the culmination of the 2018 World Congress on Ultrasound in Obstetrics and Gynecology on Oct. 24 in Singapore, following a competitive bid process against other Asian cities including cities in Japan and India.

“Hosting the World Congress on Ultrasound in Obstetrics and Gynecology presents an opportunity to showcase Korea’s advanced developments in the ultrasound sector to a worldwide audience,” Kim says. “More so, it is a step forward for KSUOG as it will promote active academic exchanges with overseas medical practitioners and academics, and strengthen the knowledge expertise in the domestic region.”

“The successful bid of the 2021 ISUOG in Korea is a result from the excellent hosting of the 2018 PyeongChang Winter Olympics and the relaxation of tensions on the Korean peninsula, along with Korea’s excellent meeting infrastructure and tourism activities,” says KTO convention marketing team director In Sook Lee.

Founded in 1991, the International Society of Ultrasound in Obstetrics and Gynecology aims to improve women’s health through scientific research and technological advancement focusing on ultrasound. Its growing community has reached over 13,000 members in 127 countries. Previous congresses were held in Singapore (2018), Austria (2017), Italy (2016), Canada (2015) and Spain (2014).

Under the Korea Tourism Organization, the Korea MICE Bureau aims to establish Korea as a top meeting and incentive travel destination. KMB serves as liaison to local convention bureaus, venues, PCOs and DMCs to ensure an organized planning and successful execution of events. For more info, visit koreaconvention.org.