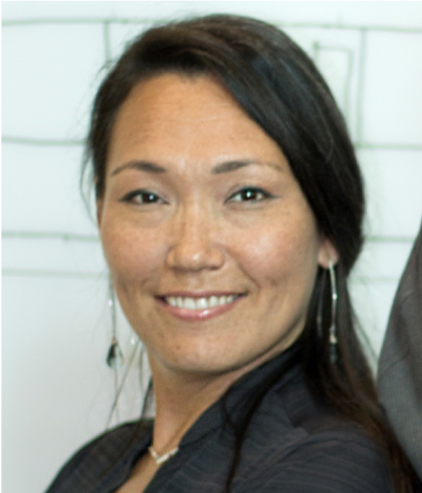 Lynn Reves and the Metrics of Messaging

Communication. That is a theme that comes up again and again when talking to Lynn Reves about her life in the tradeshow industry. She graduated magna cum laude from Virginia Commonwealth University with a degree in mass communications – advertising. While interning in advertising, she worked in a variety of areas, including traffic placement and copywriting. “But by graduation,” she comments, “I realized the advertising world wasn’t what I was looking for.” A college alum gave her an opportunity on the west coast. “I had a short stint in the entertainment world (Warner Brothers Studio), but I was very young and wanted to be back on the East Coast with my family.”

After heading back east, she landed a job in call-center marketing with Nomadic Display, the inventor of the pop-up display. Over the course of 18 years, Lynn moved around within Nomadic, going from marketing to the Washington, DC, sales office, then back to the corporate office in Virginia as a corporate trainer and eventually into new business development. When she left Nomadic in 2014, she was VP of North American Sales and Distribution.

In 2014, she went to Atlanta to join Exhibitus, a customer of hers at Nomadic. “[Exhibitus] had no formal marketing area, and they were growing despite the fact that they had zero marketing,” Reves said. “So I was tasked to come in with a three-pronged role, which was: get a marketing team off the ground, be an indelible part of the sales pitch team and install a results division that focuses on program measurements and metrics.” Reves is the current VP of marketing and results strategy at Exhibitus.

Return on Investment it is oftentimes an ephemeral, vague value to explain to a client what exactly they are getting in return for exhibiting at a live show. Not so for Lynn Reves and Exhibitus. “Ed Jones, who was retiring, his IP and my derivatives were rolled into a proprietary value for investment model, where we look at all the efforts a marketing team puts in attending a tradeshow: exhibit size, target audience, percentage of target audience at the show, where you’re located on the show floor, what marketing communications you have wrapped around the exhibit, what are the sales initiatives, so on and so forth,” Reves explains. “All those factors provide an opportunity for a company to look at a payback ratio.” So, for every dollar they put into a show, how much value is the company going to get back in return? “Let’s look at it beyond a cost-per-lead calculation, which is the lowest hanging fruit and what everybody usually uses as a measurement,” she says.

When asked what she enjoys about working in the tradeshow industry, Reves comments, “The chaos is exciting … the relationships you get to build with different companies and people while trying to problem solve.” She stresses that by chaos she means: “There’s always something new and something exciting to be able to problem solve with [customers]; it’s not rote, it’s not the same thing day in and day out. It’s the vast variety of solutions that you can offer to a customer just for them.”

Communication is central to what Reves brings to the table in the industry by helping clients create a message, getting the message to the client’s customer base and helping the client measure the value of what they’ve put into at a tradeshow. Message, metrics and measurement, working together for a fulfilling face-to-face engagement, which is the core of the tradeshow industry.