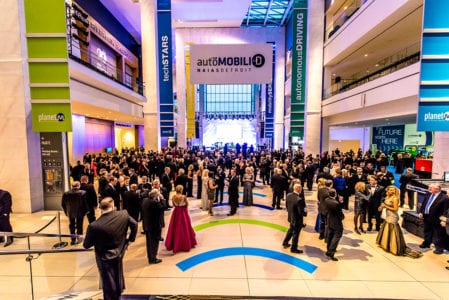 Claude Molinari, general manager of SMG/Cobo Center, today announced the facility has entered into an eight-year contract with the North American International Auto Show to keep one of the world’s most influential auto shows in Cobo Center through 2025.

“With the leadership and work of the Detroit Regional Convention Facility Authority, along with SMG, Cobo Center is truly a world-class venue,” said Rod Alberts, executive director, NAIAS. “The significant renovation has allowed the auto show to expand our footprint and has provided us with the perfect facility to host thousands of international journalists, industry executives and over 800,000 public show attendees.”

The first multi-year agreement between the two companies was signed in 2012. The five-year agreement was unprecedented at the time. Prior to that, Detroit was in danger of losing NAIAS, one of the region’s most valuable assets. Since that time, Cobo Center’s $279 million renovation has been completed, SMG management has changed the business model, the center has been rebranded and advanced technology enhancements has made it state-of-the-art. 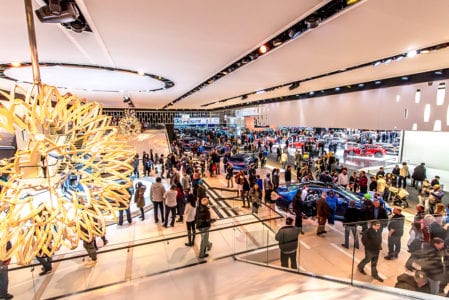 “The future is very bright for Cobo Center, and we are thrilled to have the NAIAS here for years to come,” said Molinari. “The DRCFA’s vision of a world class convention center has been realized. Working together in cooperation with our regional partners, the DRCFA and SMG are committed to providing outstanding experiences for our guests.”

The contract will include additional days to the NAIAS in Cobo Center for upcoming years. Beginning next year, The Gallery will return to Cobo for the official kick off of the event, including a nearly $10 million collection of the worlds luxury and supercar nameplates, along with an activity to benefit local children’s charity. Additionally, the AutoMobili-D exhibit will expand by 30,000 square-feet, now encompassing 150,000 square-feet, and will run through the 3-day Press Preview and 2-day Industry Preview, and the first weekend of the Public Show.

About Cobo Center: With 723,000 square feet of exhibit space, Cobo Center boasts one of the largest contiguous exhibit floor spaces in North America and is the 17th largest convention center in the country. Visit online at www.cobocenter.com.

About the DRCFA: On 9/15/09, operational control of Cobo Center transferred to the Detroit Regional Convention Facility Authority, under a collaborative agreement by the Michigan State Legislature, the City of Detroit, and Wayne, Oakland and Macomb counties. Each of these entities has an appointed member on the DRCFA Board. Larry Alexander is Chairman the Board as the member appointed by the Governor of the State of Michigan. For more information visit: http://www.drcfa.org/.