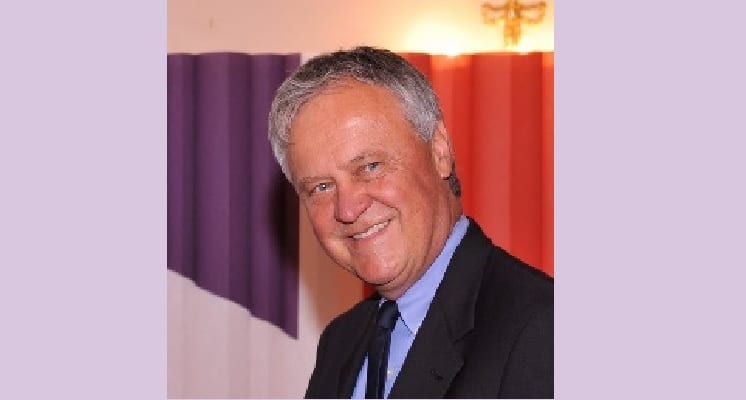 by Jeanne Brei
For nearly 50 years, Larry Kulchawik has been a force in the tradeshow industry. He has worked for three of the leading exhibit companies in the U.S. in management and sales with a focus on international trade show marketing, has served on the boards of many industry associations (CEIR, OSPI, WTC) and has served as president for IFES (International Federation of Exposition Services) and EDPA (Exhibit Designer and Producers Association). As president of EDPA, he assisted in launching the first master’s degree program in exhibit design at FIT and led a task force to create UL2301- Standards for Safety when building trade show exhibits with Underwriters Laboratory. He was the inaugural winner of the EDPA’s Ambassador Award in 2000, the EDPA’s Hazel Hays Award in 2008, and the Roger Taurant Award (IFES) for his contributions to the exhibit industry.
ECN: Tell us a little bit about how you got into the tradeshow industry.
Like most of us in the business, I fumbled into it. McCormick Place had just burned to the ground so Chicago exhibit builders were humming.
In 1971, I was hired as an exhibit designer and detailer at Mertes Design. I had a degree in Design (studying under Buckminster Fuller at SIU) and in  those days all drawings were done by hand. Ten years later computers took over as the way to do drawings. Rather than learn a new way to draw I moved into sales and management at Exhibitgroup.
I went on to become president of Exhibitgroup Chicago, then vice president of sales & marketing for the entire company. I was now out of my comfort zone. At that time, Exhibitgroup was one of the largest exhibit companies in the world and later was purchased by Greyhound. We were now brothers with GES and were instructed to expand our businesses nationally.
Working for a corporation for 27 years really opened my eyes to business. I then went on to Derse (in 1998) to open their Chicago division and became president of EDPA. In 2005, I moved to 3D Exhibits to start up an international division. During this period I became president of IFES which opened my eyes to the expansion of our industry internationally. After eight years at Derse I retired and wrote a book, Trade Shows from One Country to the Next, now in its second edition. I also offered to write a bi-monthly article for ECN on International issues. This keeps my heart beating and mind active. What a wonderful industry to have fumbled in to! After 45 years, I am happily retired in Parker, Colorado.

ECN: What are the biggest changes you’ve seen in the industry over the last 25 or more years?

Obviously, much has changed in the past 45 years. The major shifts:

1. The strong belief in the power of trade show marketing (from exhibiting companies)- beyond just design and building of exhibits (2001-2019)
2. The shift from entrepreneur-owner mentality to business-owner mentality. (1981- 2002)
3. The shift to computer technology to manage the business (CAD in the office and in the shop vs. hand production)(1992-2000)
4. The shift from fabricating all in your shop from scratch, to purchasing components and simply assembling (Octanorm, clear light boxes, graphics, pre-finished materials, fabric, crates)
5. The shift from national fabrication facilities to central fabrication facility. (2002-2019)
6. The birth of national I&D companies vs. local installations (1983-2017)
7. The shift from show contractors being simply a show contractor to being a full service exhibit supplier (2002-2019)
8.The shift from a male-dominated industry to a rapid shift to female employees—especially now in sales capacity and ownerships (2003-2019)
9. The shift of U.S. exhibit companies to expand their services internationally from North America only. (2011-2019)
10. The consolidation of exhibit companies to expand their businesses vs. starting new from scratch in a new location (2000-2019)
11. The shift from one company does all, to using specialty companies (AV-sound-lighting, fabric shapes, freight, graphics, live marketing, lead management, metal/plastic fabrication). (2004- 2019)
12. The birth of industry-related publications to promote and document the power of the industry (Exhibitor, ECN, Exhibit Builder, Trade Show Week, Event Marketer, etc) (1984-2019)

ECN: What are the biggest changes you wish had happened in the industry over the last 25 or more years?

Over the past 25 years I wish that the U.S. model for organizing a tradeshow event consolidated more closely with the rest of the world. We now have in a one-world marketplace and all industry associations and shows in the U.S. must adapt to a different set of rules to participate. Unions, drayage (material handling), show contractors, venue regulations and the metric system of mesurement are only different for U.S. shows. Not sure it will change anytime soon. Will only change when the value of investing in a U.S. tradeshow does not provide the return on this investment at U.S. locations in the future. Associations and exhibiting companies will have a say here when the cost outweighs the return.

ECN: Did you have a mentor? If so, could you tell us a little about him/her and how they assisted you? Are you a mentor yourself now?

I had three mentors with each providing a different perspective: Leo McDonald/founder of Exhibitgroup who taught me to “think beyond the box,  pay good people fairly, treat employees with respect, and loyalty will follow; Clay Wilkening/EG first sales manager who said to “attend the shows you worked on as an AE, be there at the show opening and smother your clients with service.” He also believed you should “compliment employees for a job well done;” and Bill Dixon/from EG who started 3D Exhibits, believed you should “build a team to service your clients, provide a supervisor to manage the installation, and build your brand around service and fairness.”
ECN: Do you have a favorite tradeshow? Or a favorite tradeshow city? Or a favorite tradeshow memory to share?
My favorite tradeshows were in Chicago and are no longer held there: CES, Hardware and Houseware. My favorite show was the AORN (Association Operating Room Nurses) show held in a different city each year. This was the largest medical show at the time, until healthcare reform changed the purchasing power that nurses once had. My favorite tradeshow city today is Las Vegas. Great restaurants and many old friends who moved there from around the country when Las Vegas took over as the largest tradeshow city in the U.S. Piero’s is my favorite restaurant!

Larry Kulchawik is the head of Larry Kulchwawik Consulting and author of Trade Shows from One Country to the Next. For more info, visit www.larrykulchawik.com. 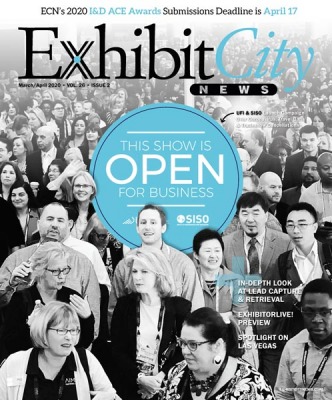