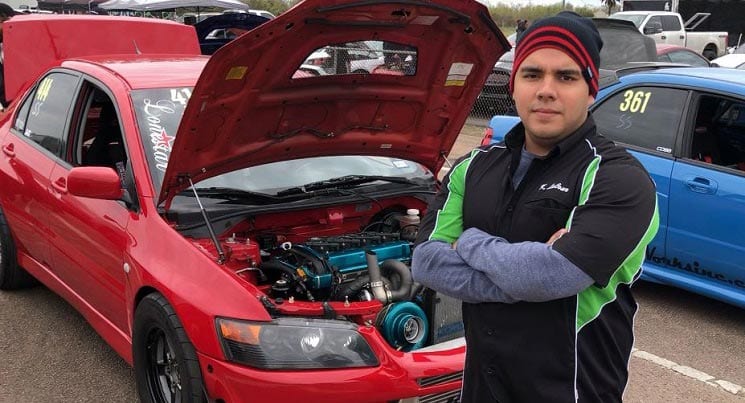 The stop marks the third in a nine-city tour where top young vehicle builders will win all-expenses-paid trips for two to the 2019 SEMA Show Nov. 5-8 in Las Vegas, including transportation of the winner’s vehicle, a designated feature vehicle spot at the Show and entry into the SEMA Battle of the Builders competition.

The SEMA Battle of the Builders competition is the automotive industry’s premier vehicle competition, with participants featured at the SEMA Show, in magazines and on television. Open exclusively to builders with vehicles on display at the SEMA Show, the competition expanded in 2017 to provide exposure for a limited number of rising young builders. This year’s program includes partnerships with nine venues, with one winner from each venue awarded a Golden Ticket into the competition.

“The level of craftsmanship and amount of talent that we are seeing from the young builders is amazing,” says Ira Gabriel, SEMA vice president of marketing. “We’re encouraged and optimistic that this is going to be the best group of Young Guns competitors yet.”

Keenen LaCour won the first competition at TX2K with his 2003 Mitsubishi Evo8, and Steven Nadaskai won the competition at Formula Drift with his 2011 Volkswagen GTI. Both builders will compete in SEMA Battle of the Builders at the SEMA Show in Las Vegas.

A third builder will be selected at Formula Drift’s event in Atlanta on May 11. Vehicles from 10 young builders will be on display at the Formula Drift competition, as they compete for a chance to advance on to the SEMA Battle of the Builders competition in Las Vegas.

“Supporting and energizing young car enthusiasts is an ongoing initiative and priority,” says Jim Liaw, Formula Drift President. “We know there is a lot of great talent in the Atlanta area and can’t wait to see what we get.”

Participants for the Atlanta competition will be selected from qualified applicants who enter at www.semayoungguns.com. For additional details, visit the website or contact marketing@semaignited.com.

The SEMA Show is a trade show produced by the Specialty Equipment Market Association (SEMA), a nonprofit trade association founded in 1963. Since the first SEMA Show debuted in 1967, the annual event has served as the leading venue bringing together manufacturers and buyers within the automotive specialty equipment industry. Products featured at the SEMA Show include those that enhance the styling, functionality, comfort, convenience and safety of cars and trucks. For more info, visit www.semashow.com.