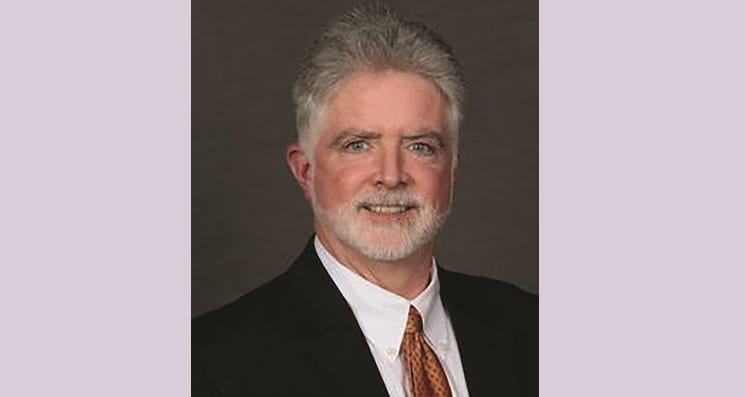 I had the good fortune to hobnob with industry movers and shakers at ECN’s I&D ACE Awards presentation at the Four Seasons and I spent some time chatting with Kevin McLaughlin, Carpenters Union Local 10’s international representative from Chicago. He was impressed that nearly half of the inaugural class of ACE award winners were in the Carpenters union, including Gino from Philly and Frank, Ken, Chris, and Dan from Chicago to name just a few of the ACES who are also in the Carpenters union.

ECN: Can you tell us a little about yourself?

KM: I was born and raised in Chicago, the youngest of nine children from a good Southside Irish family. I still live in the Chicagoland area today with my wife and children. When I started working in the trade as an apprentice over 34 years ago, I was building homes. As I gained experience, I began working more and more on commercial construction projects, until eventually those were all I worked on. I was introduced to the tradeshow industry through my local union, Carpenters Local 10, which oversees the work at McCormick Place, and I’ve been in the industry for about 30 years now.

ECN: What do you like best about your job?

KM: It’s the people and the relationships you make in this industry. Anyone who spends a few years working in this industry loves it and has a passion for it. When you’re fortunate enough to work with people who enjoy what they do, it no longer feels like work.

ECN: Do you have a mentor? If so, could you tell us a little about him/her and how they assisted you?

KM: There have been many people that have helped me and mentored me throughout the years. The ones that had the most influence on me were Frank Libby and Ken Viscovich. Frank was a business representative for Local 10 when I was starting out. He moved up, eventually becoming the president/executive secretary-treasurer of the Chicago Regional Council of Carpenters. He had a unique forward-thinking ability that always amazed me. He taught me to think before acting and to always keep in mind what consequences your actions could lead to five or ten years down the road.

Ken Viscovich was my predecessor, and the Carpenters international representative for the tradeshow industry for more than 30 years. I’m grateful to have had the opportunity to work with Ken before his retirement. The knowledge and relationships he built over the years made the transition so much easier for me.

ECN: Do you have something you could tell exhibit managers to make your job easier?

KM: Communication is key, it’s what this whole industry is based on.  Every city and venue is different when it comes to the regulations and the trades involved. The more information the contractors and the trades know about your event ahead of time, the smoother everything runs.

KM: It would have to be my first ever tradeshow, the National Restaurant Association in Chicago many years ago. It was where I caught the bug for the industry. As far as a favorite city goes, I would have to say Chicago, only because that is where I got my start and where I have the strongest relationships with people in the industry. It’s not the city or the venue, it’s the people you work with in those places that leave an impression on you.

ECN: Do you have any advice or someone just starting out in the industry?

KM: My advice for someone starting in the industry would be to learn everything you can. If you are just starting out as a carpenter, take as many classes as you can at one of our many training centers. We have centers all over the United States and Canada. The curriculum and certifications available cover every aspect of the carpentry trade. There are multiple courses available for the tradeshow industry. The more knowledgeable you are, the more employable and valuable you will be to both the contractors and the exhibitors.

ECN: Do you have an opinion on how the NAB ShowCares program went? It gives exhibitors unlimited drayage for just $3.85 per square foot. Hopefully the increase in exhibitors will make up the difference.

KM: I have heard a lot of people over the years complaining about the business model of the tradeshow industry. The only way we can make things better is to try new things, sometimes they work and sometimes they don’t. Our industry has a lot of moving parts, move one and you move them all.  I think it’s very important run through new ideas or methods a few times to see how they affect everything else involved. If this program brings in more exhibitors, then I’m sure the industry will adapt and make the necessary changes.