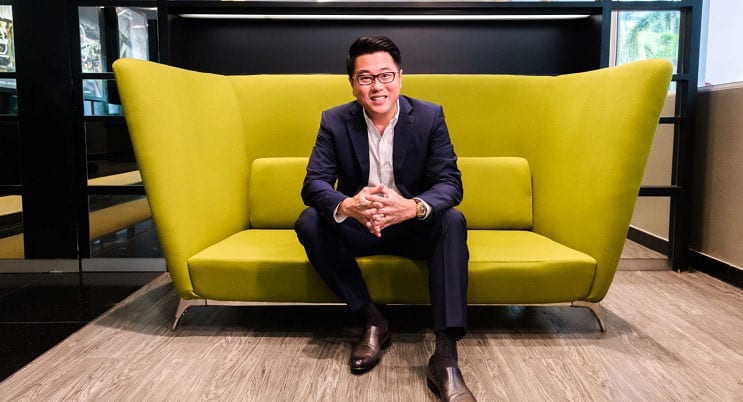 (Pictured above: Ron Tan, executive chairman and CEO of Cityneon)

EDBI, a Singapore government-linked global investor, has announced it will make a strategic investment in Cityneon Holdings and its subsidiaries.

EDBI joins a formidable base of shareholders, including Hong Kong veteran entrepreneur and investor Johnson Ko, and CITIC Capital Holdings, an affiliate of CITIC Group, one of China’s largest multinational conglomerate corporations managing $25 billion of assets across the world.

This investment by EDBI follows closely after CITIC Capital had invested in new shares in the group in May.

“Internationalization and having a global perspective are Cityneon’s key growth engines, and EDBI with their extensive network will add significant value to our expansion worldwide,” says Ron Tan, executive chairman and CEO of Cityneon. “Moreover, EDBI’s strong knowledge and experience in emerging technologies will bring an important dimension which we can benefit by applying the latest innovations to enhance our experience entertainment.”

He adds, “Today, approximately 90 percent of the group’s profits are derived from outside of Singapore. We intend to step up our pace of expansion.”

Cityneon has built strong international partnerships with large global movie studios, making it a key player in the global arena of experience entertainment. Such studios include renowned names such as The Walt Disney Company, Marvel, Hasbro, Universal Studios and Lionsgate.

The group is expected to partner with new studios in the coming months for new intellectual properties. Through such partnerships, Cityneon is granted rights to curate, create and construct exclusive and iconic experiences for visitors all around the world. To date, the group has toured their IPs in excess of 39 cities and will be making further inroads to new cities such as:

In addition to the investment from CITIC Capital and EDBI, the recently concluded syndicated loans led by Cityneon’s financial partners, BNP Paribas, Hang Seng Bank and United Overseas Bank equipped the Group further to embark on its expansion plans.

Cityneon will further expand its headquarters in Singapore by establishing a new creative office here in addition to the creative offices in Los Angeles (USA) and Las Vegas (USA). Cityneon’s Group Chief Creative Officer, Welby Altidor, will also be relocating to Singapore in 2020 to direct the Group’s global creative efforts in experience entertainment.

“The strong management team in Cityneon, which is varied across different cultures and different nationalities, has brought about a synergy giving our business ability to achieve exponential growth.  EDBI’s investment in us is a new testimony of faith in this management team of Cityneon,” adds Tan.

“Cityneon is a homegrown company that has successfully transformed itself into an intellectual property focused global leader in immersive experiential entertainment from their traditional businesses,” saiys Chu Swee Yeok, chief executive officer and president of EDBI. “They have demonstrated their ability to create captivating story lines by localizing multiple blockbuster intellectual properties to thrill audiences across many cities. We are pleased that the company is building a new creative team in Singapore to develop multi-sensory experiential engagements, while further growing their international businesses in Asia and globally.”

With its global reach and international partnerships, Cityneon has the capability to serve its clients anywhere in the world. Cityneon was listed on the Mainboard of the Singapore Stock Exchange since 2005, and was privatized in February 2019 by West Knighton Limited, a company wholly owned by Tan together with Hong Kong veteran entrepreneur and investor Johnson Ko Chun Shun. For more info, visit www.cityneon.net.