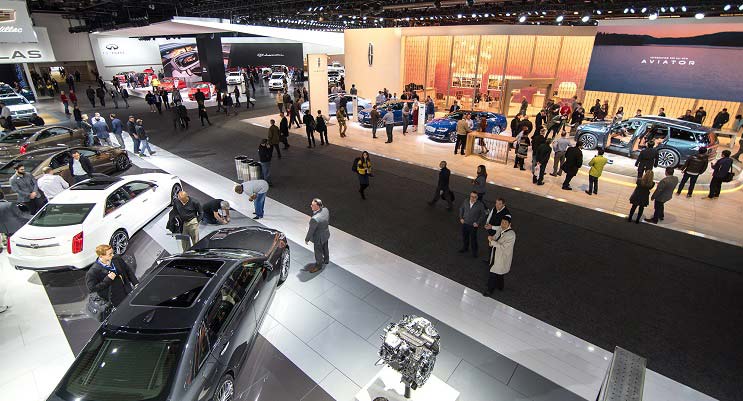 Detroit’s Cobo Center increased events booked from 166 to 244 and revenue from $5.5 million to $13.8 million from 2013 to 2018, according to Cobo General Manager Claude Molinari. The center forecasts revenue of $14.25 million for this year.

The increase in major events to Cobo Center has boosted operations revenue and contributed to a resurgence in vitality for downtown Detroit. Events such as the FIRST Robotics Championship, the NAACP, SME Rapid, the SAE World Congress Experience, and the National Society of Black Engineers are big meetings that bring big crowds and economic impact in 2019.

“We’ve got a very strong 2019,” says Molinari. “The facility has undergone a massive renovation and the city of Detroit—especially Midtown and downtown—has been revitalized.” 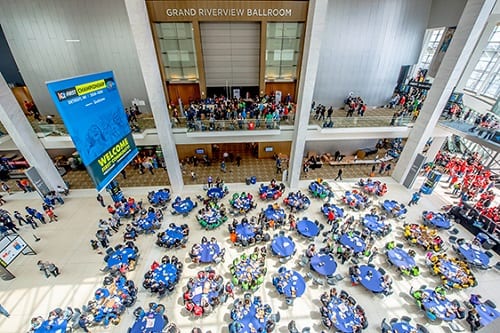 FIRST (pictured left), which initially visited Detroit in 2018, is projected to bring 100,000 visitors this year. Another 8,000 are expected to attend the NAACP convention and 15,000 are turning out for NSBE. The NAACP hasn’t held its convention in Detroit since 2007, while the NSBE hasn’t met in the city since 1995.

Cobo Center is the 17th-largest convention center in the United States. Built by the City of Detroit, it was originally opened in 1960 and named Cobo Hall in honor of former Detroit Mayor Albert E. Cobo (1950-1957). Today, Cobo Center is managed and operated by the Detroit Regional Convention Facility Authority (DRCFA). The five-member Authority Board consists of one representative from each of five government agencies – the City of Detroit, State of Michigan and the three metro-Detroit counties of Wayne, Oakland and Macomb. In October 2010, the DRCFA awarded the contract for operations management of Cobo Center to SMG, the world leader in venue management, marketing and development. For more info, visit www.cobocenter.com.