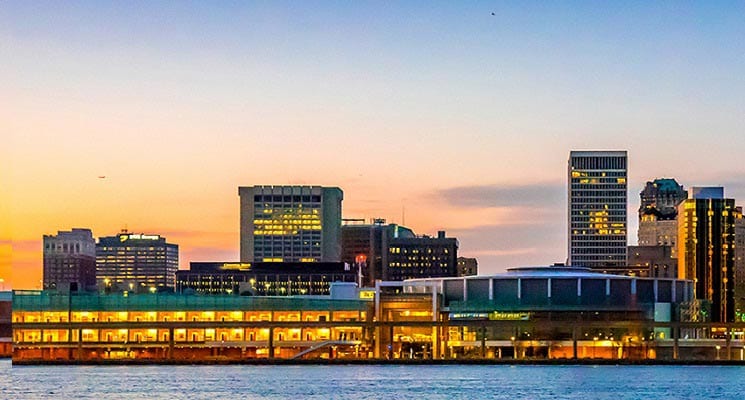 A new story is being written in Detroit. It’s about people and place. It is about the character of community and the places they gather.

TCF Center (pictured above), along with leadership in Metro Detroit and the international event industry, is adapting the Sustainable Development Goals into sustainability and corporate responsibility programs to support the efforts and align day-to-day operations to meet the global goals.

TCF Center is doing this by striving to reduce the impact of facility operations on the local communities’ environment. Everyone is included in the effort: staff, customers, visitors, and neighbors. Sustainability lives here.

In 2015, the United Nations rolled out a plan with a set of 17 goals, called the SDGs, as the world’s shared plan to end extreme poverty, reduce inequality and protect the planet by 2030.

The SDGs outline innovations and actions that are helping the planet realize the potential and promise to “leave no one on the planet behind.”

Since then, 193 countries have adopted the goals to inspire people from across sectors, geographies and cultures. Achieving the goals by 2030 will require heroic and imaginative efforts, determination to learn about what works and agility to adapt to new information and changing trends.

The well-orchestrated effort of the TCF Center Green Committee and its local agency network paid off in 2019. A whopping 280 tons of waste was diverted from the waste stream, including 60 tons of post-event donations that were upcycled to local nonprofits. The total also included 112 tons of food and kitchen waste, which were redistributed as compost to local urban gardens by the venue’s composting partner. Energy consumption was reduced by 24 percent. The full 2019 Annual Corporate Responsibility and Sustainability Report will be published in February.

Each year, the TCF Center Green Committee makes great strides in expanding the venue’s program. The expansion of the living green roof now includes five honey bee hives and an organic herb garden that provides fresh produce to local farm-to-table restaurants.  Lactation stations have been instituted at the center. They are especially equipped for nursing mothers on the staff or visiting during events. Water stations are scattered throughout the facility to fill water bottles and reduce single-use plastic waste. In 2020, TCF Center will continue to implement sustainable programs and create new community partnerships to further realize the United Nations SDGs and expand sustainability efforts.

TCF Center has a professional and experienced team that partners with the Detroit Metro Convention and Visitors Bureau and the regional hospitality community to fully support shows and conventions at the facility. As an economic engine for the Metro Detroit region and the state of Michigan, the TCF Center team works together in cooperation with regional partners, and is committed to providing outstanding experiences for guests and sustainable operations for Metro Detroit citizenry. Everyone is invited to join the TCF Center green initiative efforts to make the world more sustainable for future generations.

TCF Center is the 17th largest convention center in the United States. Built by the City of Detroit, it was originally opened in 1960 and named Cobo Hall in honor of former Detroit Mayor Albert E. Cobo (1950-1957). In 2019, the DRCFA awarded venue naming rights to TCF Bank. Today, TCF Center hosts conferences, conventions and tradeshows bringing 1.5 million visitors a year from across the globe to Detroit. For more info, visit https://www.tcfcenterdetroit.com/.