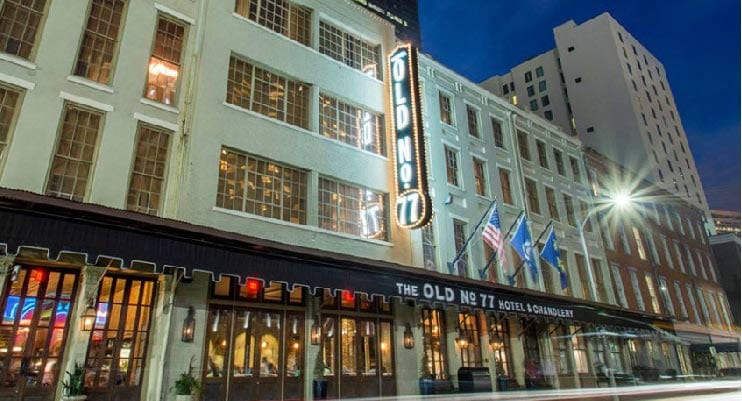 Located just three blocks from the French Quarter, the Old No. 77 Hotel & Chandlery is the latest incarnation of a building that began its life in 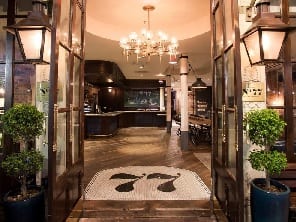 1854 as a warehouse serving the Port of New Orleans. The 167-room chic hotel opened in April 2015 following a renovation highlighting rustic original detailss—like hard wood floors and exposed brick walls—and pairs sophisticated modern design with culture and art rooted in New Orleans courtesy of partnerships with the New Orleans Center for the Creative Arts (a public arts high school, so much of the art in your room is wonderfully done by teenagers), Where Y’Art and a chandlery (candle/soap store) filled with the work of local makers.

It bills itself as a New Orleans boutique hotel inspired by artistic vision that is home to a rotating art gallery, Provenance Signature Amenities and Compère Lapins—one of New Orleans’ top restaurants. 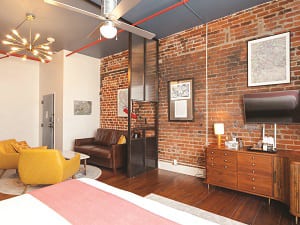 Condé Nast Traveler announced its 29th annual Readers’ Choice Awards and six Provenance Hotels were honored as the top hotels in their respective regions—The Old No. 77 Hotel & Chandlery, which Provenance Hotels opened in 2015, has been recognized as the #1 or #2 top hotel in New Orleans in the survey every year since it opened. Their 300,000+ readers cite its ideal location—close enough to the French Quarter to walk—far enough the Quarter’s rowdiness doesn’t spill into the area around the hotel—and say, “The location and space of the rooms is enough of a reason to love the Old Hotel No. 77. The locally-stocked gift shop, top notch restaurant and friendly staff are all just bonuses.”

The mini-bar is stocked with Southern goodies, like Zapp’s chips and Abita beers from Louisiana, plus Cathead Vodka from Mississippi, among other liquors. You can even get Compère Lapin delivered to your room through room service. This fine, boutique hotel with a storied history is at the gateway to the cultural epicenter of New Orleans.