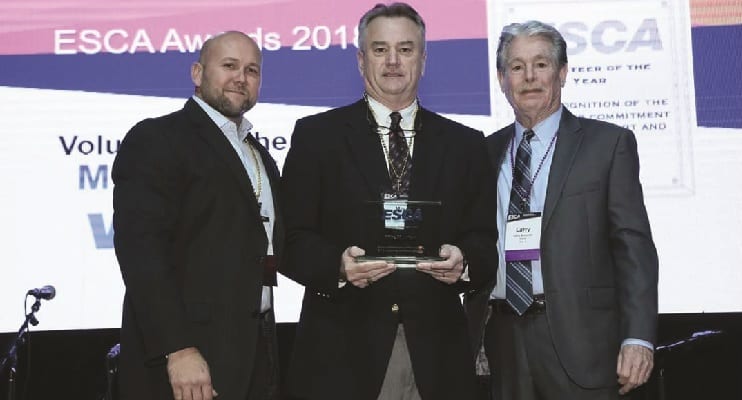 Beginning Jan. 8, The Don & Mike Show will begin podcasting twice a week—keeping their original Friday podcasts and adding a Tuesday Don & Mike Show—Extra. Plans are for the new Tuesday show to highlight organizational news and interviews from EDPA, ESCA, IAEE, EACA and many more organizations related to tradeshows, events and experiential marketing. In addition, it will be “Brought to You by SMT Expo,” their first sponsor.  A division of Glenmore Industries, an OEM manufacturer of a wide variety of home, industrial and automotive products, SMT Expo is headquartered in Edison, N.J., and has manufacturing facilities and offices in China, Taiwan, Vietnam and the U.K. SMT stands for Smart Modular Technology and is the exclusive provider of the industry’s leading, full floorplan, fabric booth system and the sole manufacturer of this revolutionary tool-free system.

According to show co-host Mike Morrison, “2018 was an astounding year for The Don and Mike Show and with the growth of the interviews conducted at both EDPA Access and IAEE Expo! Expo!, the show is moving to two shows a week starting January 8.” He adds, “We are developing great content and super guests each show and after a year and a half, we are continuing to grow. We are looking for 2019 to be a break-out year for the Don & Mike Show and are looking for news and interviews to make the show a great listen for the industries of tradeshow, event and experiential marketing.”

Upcoming interviews include these industry people:

Check out the latest interviews from The Don & Mike Show  at https://soundcloud.com/user-763433310

Nov. 2: ESCA News, VOTE, and Fall Back on Sunday with Don and Mike

Nov. 9: Booth Traffic and Experiential Discussed- Brendan and Chelsea from ATN Staffing with Don and Mike

WS Display National Sales Manager and Co-Host of The Don and Mike Show Mike Morrison was awarded ESCA’s 2018 Volunteer of the Year Award at the ESCA award ceremony in New Orleans on Dec. 10 prior to the start of IAEE’s Expo! Expo!  “I’m completely blown away by this recognition and very humble with the award and recognition,” Morrison says.  “Don and I look forward to promoting the works and news from ESCA with the show and will help wherever we can … 2018 was a great year!” The presenters cited how grateful ESCA was to Morrison for his voiceover work on their WIS Badge Showcase Video as well as his many interviews and promotion of ESCA. (photo above)

The Don and Mike Show gave away $2,000 cash at IAEE’s Expo! Expo! in New Orleans.  The show promoted its one-year anniversary giveaway to people who liked the show on social media, participated in the show, shared the show and downloaded the shows, and the winners were (cue the drum roll):