The new artwork is part of the DRCFA Art Foundation’s public art initiative to enhance visitor experience through art that is free and accessible for all to enjoy.

The new artwork unveiled at Cobo Center includes the following: 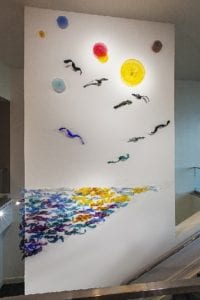 “We are committed to expanding the art collection at Cobo Center and are grateful to our funders who have helped make this a possibility,” said Lisa Canada, vice chair, Detroit Regional Convention Facility Authority and chair, DRCFA Art Foundation. “Our goal for the DRCFA Art Foundation’s public art initiative is to illustrate the accomplishments, future goals and cultural identity of the region for all visitors.”

In addition to the new artwork unveiled, the DRCFA Art Foundation is commissioning a 30’ x 30’ fresco painting within Cobo Center by renowned Detroit artist Hubert Massey. The new legacy piece will be a permanent large-scale mural within Cobo Center featuring many positive regional stories. The fresco, titled “Detroit: Crossroad of Innovation,” visually and vibrantly depicts the city in a timeline of fascinating heritage that can be recognized as a source of pride for generations to come. This public art work will reflect the region’s people and values by carefully incorporating symbols and prominent images reflecting Detroit’s pride and enduring influences from past, present and toward the future. A community advisory committee, which included professionals from different communities and a local high school art student, was established to help Massey identify key themes to be featured within the fresco.

The DRCFA Art Foundation recently received additional funding for the Massey fresco from the Michigan Regional Council of Carpenters and Millwrights, the Community Foundation for Southeast Michigan, Michigan Council for Arts and Cultural Affairs in partnership with the National Endowment for the Arts and the Richard and Jane Manoogian Foundation. 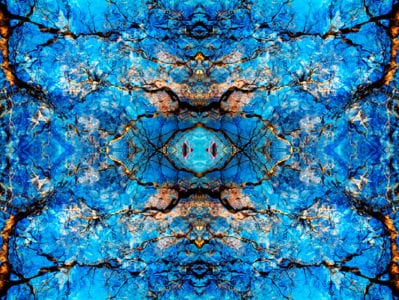 The mural is part of a new, ambitious public art initiative launched by the DRCFA and the new DRCFA Art Foundation. The full-scale cartoon drawing of Massey’s upcoming fresco was unveiled in September 2016. The actual fresco will soon be underway. Cobo Art and the fresco project are funded through the DRCFA Art Foundation (501c3). The DRCFA Art Foundation’s initiative has Detroit’s Cobo Center joining major convention centers throughout the country featuring public art including cities such as Chicago, Nashville, Pittsburgh and Washington D.C. Cobo Center’s curator is Maureen Devine. Located downtown on the beautiful Detroit Riverfront, Cobo Center is one of the largest convention centers in the nation offering 723,000 square feet of exhibit space.

On Sept. 15, 2009, operational control of Cobo Center transferred to the Detroit Regional Convention Facility Authority, under a collaborative agreement by the Michigan State Legislature, the city of Detroit, and Wayne, Oakland and Macomb counties. Each of these entities has an appointed member on the DRCFA Board. Larry Alexander is the appointee of the governor of Michigan and serves as chairman of the board. For more info, visit: www.drcfa.org. With 723,000 square feet of exhibit space, Cobo Center boasts one of the largest contiguous exhibit floor spaces in North America and is the 17th largest convention center in the country. Visit online at www.cobocenter.com.