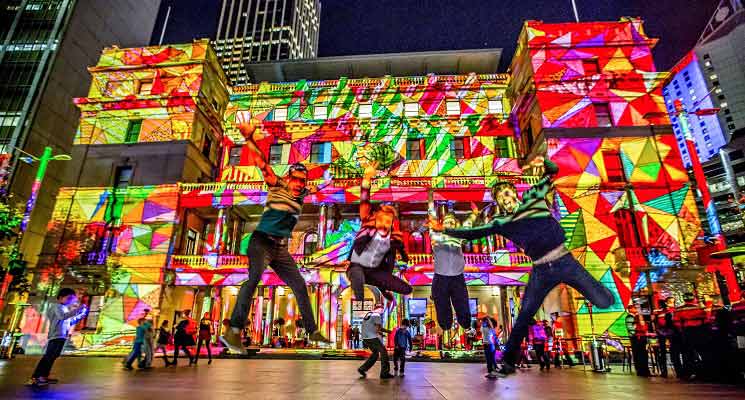 In addition to light installations and music events, the “ideas” section of the program includes a detailed program of talks and workshops such as the Event Summit 2019, a one-day conference specifically for event planners, and a talk led by Stefan Hajkowicz, an internationally renowned expert in strategic foresight at CSIRO’s Data61, Australia’s leading data innovation group.

Other ways groups can incorporate VIVID Sydney into their incentive programs include an exclusive dinner in Aria’s private dining room which boasts views of the light displays on the Sydney Opera House and Harbour Bridge or, take a private dinner cruise for up to 200 guests with Captain Cook River Cruises or becoming part of the festival by partaking in a special Bridge Climb.

The event was originally developed to attract visitors to Sydney during winter. Now in its 11th year, the event is said to attract around 2.33 million visitors and is the largest of its kind in the world. The program is packed with light installations around the city and harbor plus a detailed schedule of events featuring Australian thought leaders.

The event, combined with Sydney’s world class experiences, allows groups to see the city in a new light.