What You Need To Consider Before Hiring a Summer Intern – By Philip H. Kemper 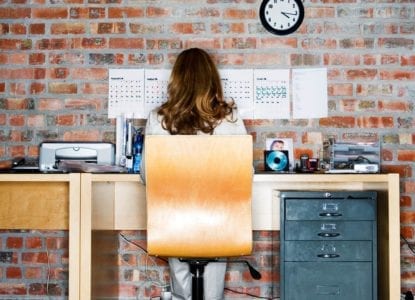 Once again, school’s soon out for the summer nearly everywhere—and millions of college students are flocking to a variety of businesses, large and small, for those coveted summer internships. In times gone by, those internships were considered to be cheap or free temporary labor, designed simply to substitute the traditional workforce with low and non-paid workers. Training and career benefits for the individual were often considered incidental by management.  Over time, all this has changed—first in large corporations, and then gradually into smaller businesses. Now, all interns are under government scrutiny, no matter where employed,  or when—since interns are now employed all year round— everywhere.

And now. interns themselves have entered the legal arena. Recently there have been several high-profile cases where individuals, classified as interns, have brought claims alleging that they were improperly paid and the U.S. Department of Labor and plaintiff attorneys have been aggressively pursuing cases where employees are improperly treated as exempt interns.

In one important ruling, Fox Searchlight Pictures v. Glatt, the Southern District of New York ruled that unpaid interns working on the production of the movie, Black Swan, were in fact employees, and should have received at least the minimum wage for their work. Other high-profile cases brought by, or on behalf of interns, involve such entities as:  Conde Nast Publications, Sirius XM Radio, Viacom, and Warner Music Group.

If you are considering hiring unpaid interns and want to avoid lawsuits, managers and human resources executives should make sure of the following:

The Department of Labor has issued an opinion to the effect that if not all of the above mentioned six criteria are met, then the intern must be paid at least the minimum wage, and for any overtime work. While the agency’s opinion is not itself law, it is recommend that employers carefully consider whether they meet the criteria before classifying individuals as unpaid interns.

If you plan on employing paid interns, work carefully with your management team to ensure that the interns are being paid consistent with wage and hour laws— this includes interns who receive alternative compensation such as stipends, housing allotments, etc. Do your “homework” on the subject of summer interns—you will not regret it.

Philip Kemper is Founder/President of Kemper Associates, a 40 year old Chicago-based national executive search firm, specializing in Permanent and Contract staffing for Trade Shows and Exhibits, Staging and Equipment Rental, Business Meetings and Events Production, Video, Training and Incentives and more. His more complete bio is on LinkedIn at: http://www.linkedin.com/pub/philip-kemper/2/795/308/. You may view Kemper Associates’ web site at: www.Kemperassociates.org and contact Phil with questions or comments and employment needs at: Kemperassoc@hotmail.com or his private phone line: (312) 944-6551.