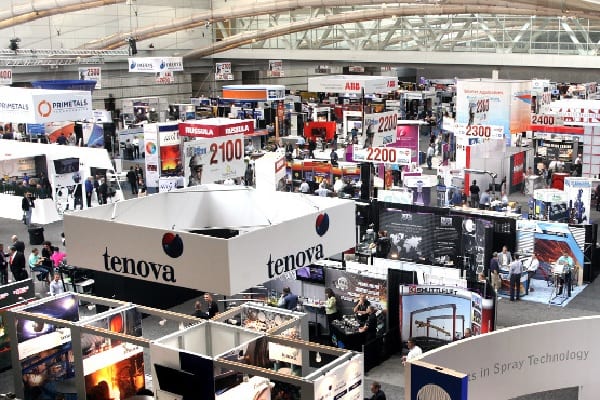 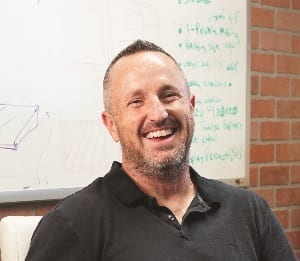 When COVID-19 hit with a vengeance and organizers started pulling the plug on their planned tradeshows, there was one “solution” on everyone’s mind: put the shows into a virtual format. I mean, the rest of the world was going virtual, so why shouldn’t they? Wasn’t that the best, easiest solution in a time like now?

Well, most people seemed to think so—but I never did. In fact, it’s my strong belief that investing in virtual tradeshows is an enormous waste of money for everyone. And I have precedent to back up my beliefs. Around 10 years ago, there was a virtual movement in the industry. Some people got together and started thinking about how much money they could save by putting on their own virtual program, inviting customers and doing things virtually. They figured they’d have access to the same group of people they would at an actual show, but spend way less money. So, did it work?
Eh, no. One of our customers (a tech company, no less) dropped their entire tradeshow program back then, thinking they could build a virtual event instead. Two years into the experiment, they scrapped the whole thing. It simply didn’t work, and they went back to doing nothing but in-person tradeshows.

Of course, this is anecdotal, but this customer wasn’t the only one who had such an experience. The reason? Virtual trade shows don’t work. Here’s why, and why traditional shows will come back with a roar when our world has COVID-19 under control.

Not a One-For-One Exchange
It makes total sense that the industry would scramble to come up with another solution when COVID-19 hit, and I understand that. It sounds reasonable. Event owners still want their events to happen in some way, or else they lose a ton of money. They’re invested in the show already, so they want to get some sort of return on that. But, a virtual show, or a walk-through tradeshow with technology beaming in humans virtually is not equal to in-person shows. It’s just not a replacement.

It’d be one thing if virtual shows had been in the works for several years, undergoing extensive development and resulting in an entirely new way of doing shows. But this last-minute transition to a virtual environment was quickly put together and frankly feels like everyone is grasping at straws. No one wants to look at a computer rendering of a human being or a booth space, or sit through back-to-back webinars. Seriously, no one.

Instead of force-fitting a formerly in-person show into a virtual environment, organizers would be far better off pivoting completely. Instead, fork over $100K to do some commercials or videos you can put on YouTube and direct people to. You’ll get way better engagement than you would with a virtual tradeshow attempt, where no one pays attention and nothing is gained.

More Than a Tradeshow
There was a time when tradeshows were thought of as boring conferences with even more boring exhibit halls. Attending them was an obligation, not a privilege. But businesses and marketers have increasingly upped the ante and the tables have turned. Until the new coronavirus, the tradeshow industry was booming because the shows had become so much more than “just” tradeshows. 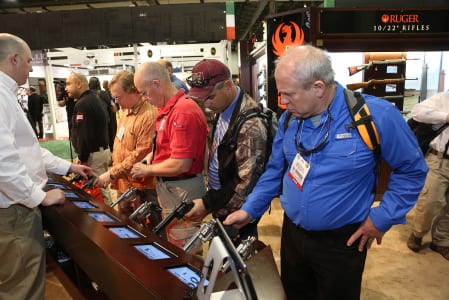 Teams looked forward to banding together, going to Vegas or San Francisco or fill-in-the-blank-with-an-exciting-destination and hooting it up as a group. The idea of gathering with customers and vendors in person was exhilarating. Plus, tradeshow organizers were making the events larger than life. They became known for camaraderie, headlining concerts, comedic performances and energy as high as a playoff NBA game.

Wired for Connection
All the excitement was great, but the number one reason that traditional tradeshows will come back with a boom is because people crave human interaction. Even before COVID-19, our person-to-person interactions were dwindling. We order everything on Amazon, and consider social media platforms to be the foundation of our social lives. People are wired to be together, and tradeshows present a perfect opportunity to come together and enjoy that togetherness.
Now, more than ever before, we’ve been stuck at home in isolation. After the new coronavirus is no longer a pressing concern, imagine how much people will want that face time. Even if it’s a slow climb back, with fewer attendees at first, the right attendees will be there. We saw something similar in the industry after 9/11, where post-9/11 attendance was down by 75 percent or so at many shows, but the people who were going were the key decision-makers.

It won’t happen all at once, but the industry will be back, bigger than ever. In the meantime, do your business a favor and consider holding out for the real deal rather than force-fitting something virtual. It will pay off in the long run.

Guy Zwick is chief creative officer/owner of Highway 85 Creative, a creative company based in Glendale, AZ. He graduated from Arizona State University with a BSBA in political science, then immediately gravitated toward new business development. He had success developing and maintaining new relationships with an impressive list of companies until one day, on Highway 85 somewhere near Mexico, he had an epiphany. An entrepreneur and a visionary, he followed his heart and formed Highway 85 Creative in 2005. Within a few short years, the company has grown and matured in the only way it can- clients keep coming on board and with glowing candor. Connect with him at www.highway85creative.com.