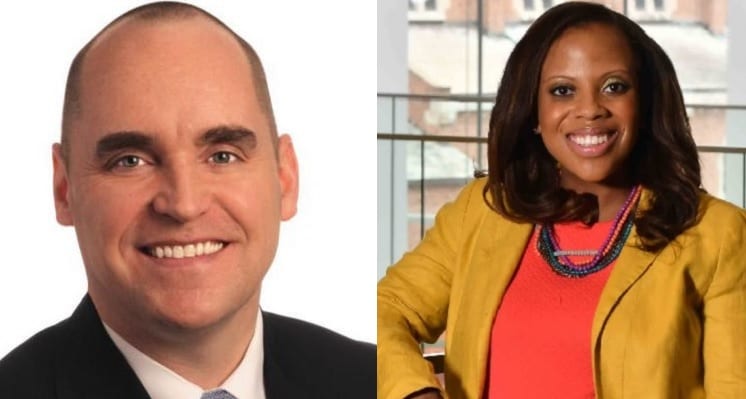 The Indiana Convention Center & Lucas Oil Stadium welcomes Andrew Mallon as executive director and Visit Indy is pleased to welcome Janelle Johnson as their newest convention services manager. Johnson is an Indianapolis native and was previously with Ashfield Meetings & Events as a senior project manager.

The Capital Improvement Board of Managers unanimously approved Andrew (Andy) J. Mallon as executive director, replacing Barney Levengood, who has held the position for 28 years. Mallon is the fourth executive director since the CIB was formed in 1965.

“In the next few years, the CIB will move forward with major construction projects and expansions at our largest facilities that will position the CIB to continue its over $1 billion annual economic impact on the state for years ahead,” says CIB president Melina Kennedy. “Andy’s experience navigating major construction projects, state and municipal finance, and government and legal matters as well as his deep roots in the city of Indianapolis and state of Indiana make him a great fit to continue the success of the CIB and the economic impact it brings to the state and city.”

Mallon most recently served as corporation counsel for the City of Indianapolis, supervising all legal representation and counsel, most notably the planning, design, financing, and procurement of the $600 million Community Justice Campus project. In addition, he served as a lead negotiator and counsel in several other high-profile real estate and economic development projects, such as the Infosys U.S. Education Center and Ambrose Waterside at the former GM Stamping Plant. Mallon also has experience negotiating the City and County labor union contracts and managing million-dollar budgets.

The CIB hired Medallion Partners, a national executive recruitment firm, to lead the search for a new executive director after previous leader Barney Levengood announced his retirement in January. Levengood has held the position since 1991. CIB board members Mick Terrell and David Corbitt led the national and local search with the support of Medallion.

Under Levengood’s guidance, the CIB oversaw the construction and opening of Victory Field, Bankers Life Fieldhouse, and Lucas Oil Stadium as well as three expansions to the Indiana Convention Center, including the demolition of the RCA Dome. Together with his 168-person team, Levengood helped manage multiple prestigious national and international events, including the 2012 Super Bowl, the Drum Corp International World Championship, the Circle City Classic, the Bands of America Grand National Championships, and several Big Ten and NCAA championships as well as Indianapolis Indians and NFL 2006 World Champion Indianapolis Colts home season games.

According to the 2017 Significance of CIB-Initiative Conventions, Games and Events Report released in 2018, 4.4 million residents and visitors attended an event in a CIB-managed facility in 2017, which resulted in $1.1 billion in spending and supported 19,000 jobs.

“We are so fortunate for the leadership Barney has brought to the CIB for the past three decades,” says Kennedy. “In addition to his extensive event and facilities management experience, Barney has a great instinct when it comes to hiring, developing, and managing the staff needed to welcome and serve more than 4 million annually. Andy is inheriting a strong team at all the facilities the CIB owns and manages.”

Mallon will assume his new role immediately. Levengood will be retained as a consultant over the coming months to assist with the transition.