Los Angeles Convention Center (LACC), managed by AEG Facilities, will host Anime Expo (AX) for the next five years (through 2019). This solidifies LA’s on-going partnership with the event organizer, The Society for the Promotion of Japanese Animation (SPJA) while reinforcing LACC’s position as a top destination for large-scale, multi-day events.

SPJA presented its first event in 1992. AX functions as a convention for promoting Japanese Pop Culture and the arts related to Japanese Animation and as a communication forum for fans and industry professionals. Since its inception, Anime Expo has grown to become the largest anime convention in North America. 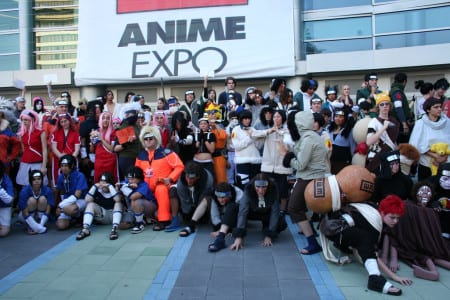 “2015 marks Anime Expo’s 24th year, and we are excited for another successful event in Los Angeles. The show has consistently grown in all aspects over the years, and we’ve found a very welcoming and supportive home in Los Angeles,” commented Marc Perez, CEO, The Society for the Promotion of Japanese Animation.

AX is a critical annual event for Los Angeles. Through direct and indirect spending on travel, lodging, meals, and entertainment, convention attendees stimulate the City’s economy and support local businesses and jobs.

“Los Angeles is excited to welcome Anime Expo back to the L.A. Convention Center for the next five years,” said Mayor Eric Garcetti. “LA is the creative capital of the world and a perfect home for North America’s largest anime and manga convention. We value our partnership with The Society for the Promotion of Japanese Animation and the Anime Expo, which generates $55 million for our local economy every year.”

With Downtown Los Angeles experiencing exponential growth, the City is more equipped than ever to welcome large-scale events such as AX.

“Los Angeles is booming right now, especially the Downtown L.A. area. In recent years, heavy investment in the area has led to an upswing of businesses and developments as well as to the consistent addition of hotels surrounding the Convention Center,” noted Ernest Wooden Jr., president and CEO, Los Angeles Tourism and Convention Board (LATCB).

Preparations for AX 2015 at the LACC are well underway, with AX activating the entire facility for the first time ever for this year’s show.

“We’re very pleased that Anime Expo has selected the LACC for its upcoming events, including next year’s milestone 25th anniversary, which is a great achievement for our Center and for the City alike,” concluded Brad Gessner, senior vice president and general manager for the Los Angeles Convention Center, AEG Facilities.