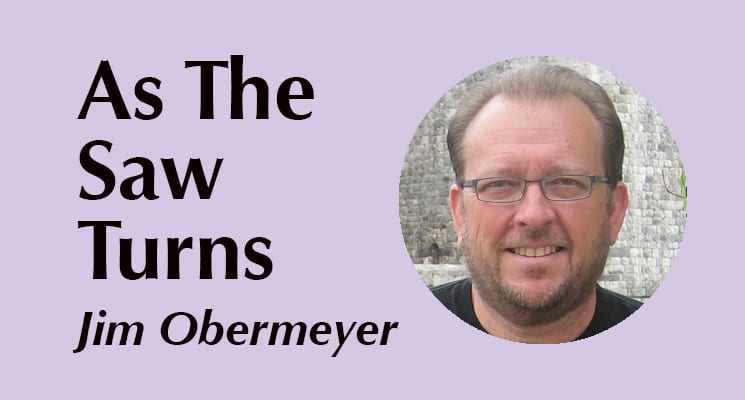 As The Saws Turn: It’s Time to Persevere

When we made it through the Great Recession ten years ago, I told myself, I never want to do that again. If you were there—and I suspect many of you were—I’m sure you had similar thoughts. But here we are. Not exactly the same, but just as potentially devastating to our companies and our economy. And just as difficult to deal with on a personal level. I think about all that we as a company and an industry have endured and are still going through and I sometimes feel very tired.

Being the optimist that I am, however, I search for an answer…what will it take to get through this? I land on one word: perseverance. As defined: a steady and continued action and belief, usually over a long period and especially despite difficulties or setbacks. I’d say that pretty much sums up exactly what we need right now.

We are an industry of primarily small businesses in a part of the economy that has been hit hard. But we are smart people. We work hard for our companies and our clients. We have had to make some very tough decisions in order to stay viable. And I suspect there are more tough decisions in our future. Given all of that, it seems that what we now must add to the mix is perseverance. A steady and continued action… We’ve got to keep after it and keep working on it.

But there is one other word in the definition that we shouldn’t overlook: belief. All the action in the world won’t help if we don’t believe we can survive and succeed. Belief is what will continue to spawn the ideas and direct the action.

But don’t just take it from me…I’ve collected below a sampling of what others have to say about perseverance. Perhaps one of these will spark your enthusiasm to get through this. It did for me.

Keep on going, and the chances are that you will stumble on something, perhaps when you are least expecting it. I never heard of anyone ever stumbling on something sitting down. ~ Charles F. Kettering

Don’t be afraid to give your best to what seemingly are small jobs. Every time you conquer one it makes you that much stronger. If you do the little jobs well, the big ones will tend to take care of themselves. ~ Dale Carnegie

Nobody trips over mountains. It is the small pebble that causes you to stumble. Pass all the pebbles in your path and you will find you have crossed the mountain. ~ Author Unknown

When you come to the end of your rope, tie a knot and hang on. ~ Franklin D. Roosevelt

Consider the postage stamp: its usefulness consists in the ability to stick to one thing until it gets there. ~ Josh Billings

The greatest oak was once a little nut that held its ground. ~ Author Unknown

The race is not always to the swift, but to those who keep on running. ~ Ecclesiastes 9:11

It’s not that I’m so smart; it’s just that I stay with problems longer. ~ Albert Einstein

Most people never run far enough on their first wind to find out they’ve got a second. ~ William James

With ordinary talent and extraordinary perseverance, all things are attainable. ~ Thomas Foxwell Buxton

Success seems to be largely a matter of hanging on after others have let go. ~ William Feather

It’s not so important who starts the game but who finishes it. ~ John Wooden

Nothing in the world can take the place of persistence. Talent will not; nothing is more common than unsuccessful men with talent. Genius will not; unrewarded genius is almost a proverb. Education will not; the world is full of educated derelicts. Persistence and determination alone are omnipotent. ~ Calvin Coolidge

Success is not final, failure is not fatal: it is the courage to continue that counts. ~ Winston Churchill

It’s a little like wrestling a gorilla. You don’t quit when you’re tired. You quit when the gorilla is tired. ~ Robert Strauss

Let’s keep wrestling until this gorilla is worn out!

Jim Obermeyer has been in the tradeshow industry for 38 years, both as a corporate tradeshow manager and exhibit house owner. He is currently a vice president at Hamilton Exhibits and can be reached at jobermeyer@hamilton-exhibits.com