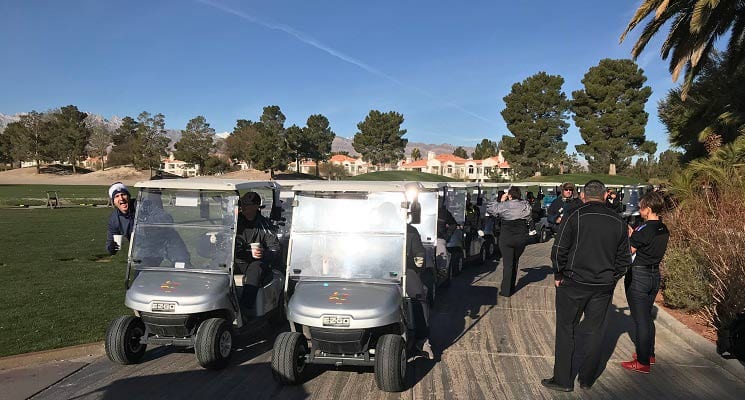 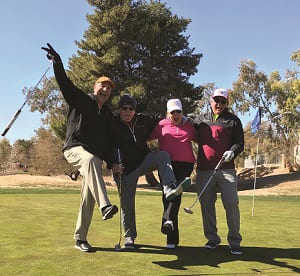 The March to a Million isn’t quite two years old, yet there’s a pretty good chance that it will achieve its goal of making the EDPA Foundation financially independent before the year is out, depending, of course, on the generosity of its members.

The Foundation is the charitable arm of the EDPA and has three primary ways of giving. It supports the design programs at Bemidji State University in Minnesota and The Fashion Institute of Technology in New York by donating money used for scholarship programs. The Foundation also is a major supporter of the Randy Smith Memorial Golf Classic, which helps families in the exhibition industry who have suffered severe tragedies or face insurmountable medical expenses. Finally, the Foundation has a scholarship program that it awards annually to members of the tradeshow industry or their children. The studies supported by the scholarship do not have to be related to the tradeshow industry.

The Foundation was reorganized and revitalized just a few years ago. In 2005, when Exploring, Inc.’s CEO/President Dave Walens (pictured left) first came on as the chairman of the board, there was no board and the Foundation needed a fresh start.

Walens credits the Foundation’s board with coming together in the early days and helping build credibility and establishing the Foundation as an organization that could do good works. It also developed the programs that raise all of the funds necessary to do those good works.

“When we started, our funds were close to zero,” says Walens, “The chances we’re really high that we would not get there, but the industry rallied around us. We’ve been working on that for over 10 years and we’re really close to nailing it.”

During Walen’s initial run as chairman from 2005-2013, he built the committees that make the operation run. He was followed by Bill Haney, who Walens says helped transform the organization. It was Haney who came up with the Foundation Grantors Program, which really kickstarted the March to One Million.

“The grantors are companies who have contributed and made a commitment for three years,” says Walens. “Those grantors that contributed in the first year are our Founding Grantors, a title they retain forever.”

Ray Montague kept the program running as chairman following Haney. In August of last year he stepped down and Walens returned to the role, just in time for the 65th anniversary of the founding of the EDPA and the 25th anniversary of the Randy Smith Memorial Golf Classic. The hope is that everything will come together and, at the big gala in Tucson at ACCESS 2019, which takes place Dec. 4-6, the Foundation will be able to announce that it has reached it’s $1  million dollar mark. While the prognosis looks good, it is by no means guaranteed and the Foundation is still seeking contributions to help it continue its good works.

“This is just the beginning,” Walens says, “If we have enough, we’ll have a lot to give away. Once we’re no longer funding the endowment, any money raised can go directly to funding our good works. We may be able to increase our charitable budget by four times or so, if everything works out the way we hope.”

For more info or to make a contribution to the Foundation to help achieve the March to One Million, visit edpa.com/edpafoundation.

* Raised more than $900,000 in the EDPA Foundation Endowment