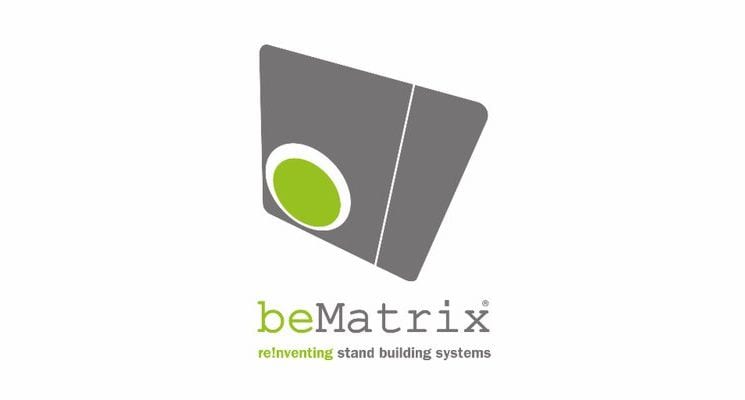 This year marks the 25th year exhibit builders have been able to construct exhibits using the modular “original frame system with big holes.” This makes beMatrix technology a dependable partner in the ever-changing exhibit & event building sector. Based in Belgium, and now a well-known global brand with a worldwide network of bePartners & subsidiaries, beMatrix has made a lasting impression by staying true to their mission of innovation, and reinventing the way exhibits are built to improve both their efficiency and effectiveness.

In 1993 the trajectory of the exhibit building world was changed forever with the invention of the “original frame system with big holes,” by Paul Ameloot of DeltaMatrix – a subsidiary of the DeltaLight group, a well- known Belgian brand in the international lighting and design industry. Until this point, system built exhibits were primarily constructed with stick built aluminum extrusion systems, which required the frame’s assembly onsite, and the trapping of the graphic panels in the frame grooves, which exposed large strips of aluminum. The “original frame with big holes” eliminated this assembly step, allowed easier installation of graphics, and made the supporting system virtually invisible, eliminating distractions to the exhibitor’s message. 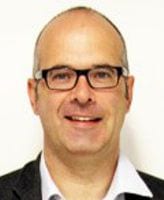 Stefaan Decroos & Edwin Van der Vennet, the current CEOs, acquired the system in 2004 and founded beMatrix, with the HQ in Roeselare (Belgium). The company has seen significant growth and wide acceptance under their stewardship by being focused on this simple plan; to innovate and bring new technology to exhibit building, reinventing the way exhibitors communicate their message and exhibit builders ply their trade.

Launched on the market in 1993 as a 55 mm frame and perfected in 2012 through the invention of the patented 62 mm frame, beMatrix has established itself as the ultimate tool for the modern exhibit builder. In addition, beMatrix innovations have included; Tooless connectors, curves, pivot doors, SEG graphics, a comprehensive 360° building solution; LED walls and so much more!

“We were the first to introduce a fast, efficient, reusable aluminum frame system. The first system that can hold both panels and SEG fabric graphics and requires no tools for installation. Innovation and trendsetting is part of our DNA and has made beMatrix what it is today: a game changer in the modular exhibit building world,”  says Stefaan Decroos (pictured above), CEO of beMatrix.

The big holes allow you to connect the frames to each other effortlessly and without tools, and in every direction. The 62 mm matrix delivers the ultimate in modularity, with an endless number of configuration possibilities. Panels, fabric graphics or backlit walls are flush, virtually full bleed, and graphics are surface mounted, not sandwiched in between the structural elements, for maximum visibility. This makes the system virtually invisible. The sleek result eliminates any distraction from the message the exhibitor is communicating.

The company is taking time to recognize and celebrate “25 Years of frame” and all the innovations it, and beMatrix, have made possible! But not for long, because they need to get back to work on the next 25 years. The exhibit building world is constantly evolving. To respond to this continuous evolution, the beMatrix R&D team is always in search of opportunities to improve the system, bringing more firsts to market through innovation and with an unwavering dedication to a common set of ethical and  ecological values.

beMatrix, the 360° Solution, headquartered in Roeselare, Belgium, with production facilities in Roeselare, Norcross, Georgia, and Hangzhou, China and sales and distribution offices in 61 countries, manufactures a Tooless, reusable frame system for the exhibit builder, general contractor and event producer industries. The same aluminum frame accepts both hard panel and fabric infills. Combining it’s new 360° Design initiative and Tooless approach, The System is recognized for its quick and easy construction of walls, ceilings and floors. Used worldwide for exhibits, events, pop-up venues and displays, The System is complete with straight and curved frames, doors, counters, LED panels, lighting and wall mounting accessories. The System is considered environmentally sustainable, providing endless reusability as the same aluminum frames are continuously reconfigured and redesigned into new structures. The beMatrix  factories support complete sustainability by recycling 100 percent  of all waste created during the fabrication process.  For more info, visit www.beMatrix.us.