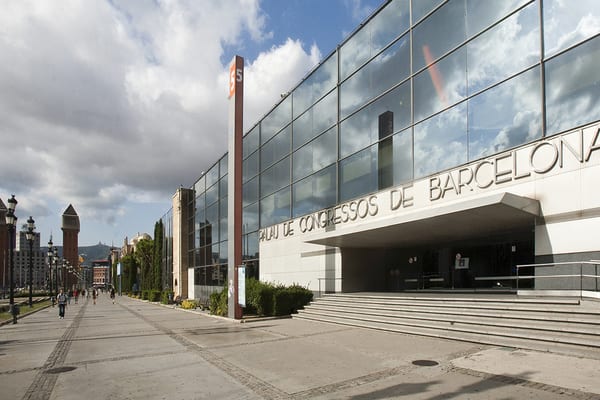 Promoting the full implementation of the United Nations (UN) Sustainable Development Goals (SDGs) within the framework of the 2030 Agenda into the business world is the main challenge of the first edition of the BforPlanet congress, organized by Fira de Barcelona in collaboration with Barcelona City Council. It will bring together experts, institutions and companies from all over the world to debate the best ways of working toward sustainability. As part of the congress, Barcelona City Council will present the Barcelona Green Deal, which sets out the urban economic agenda for the next decade.

The congress will take place July 7-8 at the Congress Hall at the Montjuïc fairground and will feature more than 70 speakers from all over the world, 88% of them present on site, who will discuss the five main themes of the event: Partnerships, Sustainable Growth, Climate Action, Innovation and Social Inclusion.

Representatives from more than 40 companies and business associations such as Amazon, Coca-Cola, Aigües de Barcelona, Danone, Unilever, Renfe and BBVA, among others, also will participate.

Thus, experts, representatives from institutions and governmental bodies, as well as heads of companies will share and present their experiences and success stories in the context of sustainable development and the implementation of the SDGs.

In this regard, the first day of sessions will address issues such as climate change, the importance of partnership policies, resilience in governance and the opportunities that sustainability and digitalization offer companies. On the second day, topics such as food security and the universal water supply, gender equality and the blue economy, among others, will be analyzed.

BforPlanet will turn Barcelona into a meeting point for all the agents who are firmly committed to sustainability in order to create a better world.

In this regard, the first deputy mayor of Barcelona City Council, Jaume Collboni, will present the Barcelona Green Deal, the urban economic agenda for the next decade, which sets 10 priorities and 38 measures to strengthen the city through three key aspects: competitiveness, equality and sustainability.

Along these lines, BforPlanet will present various initiatives within the framework of the European Union’s Next Generation funds for economic recovery and will give special prominence to start-up companies that have responsible consumption, social cohesion and the green economy as their core business.

In order to guarantee security, BforPlanet will apply the Covid-19 prevention and security protocol that Fira de Barcelona has developed under the advice of the Hospital Clínic de Barcelona. Similarly, the trade fair institution has also been awarded the international “Safe Travels” seal of approval by the World Travel and Tourism Council (WTTC).

BforPlanet is the prime global event for sustainability, bringing together international business leaders to discuss and propose solutions to the big challenges currently facing humanity. The event aims to create a platform for advancement of SDG Alliances in the spirit of Goal 17: to strengthen the means of implementation and revitalize the global partnership for sustainable development. For more info, visit bforplanet.com.