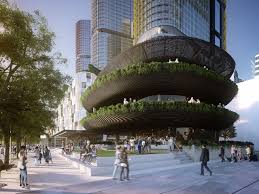 Renowned Sydney restaurant Quay has temporarily closed its doors until March 2018 for a major renovation of its kitchen and fine dining area. Quay will reopen with a completely transformed menu by Australian celebrity chef Peter Gilmore. The restaurant will be repositioned to maximize its views of the Harbour Bridge and will feature a series of small and intimate dining spaces.

An AUD60 million five-star Pullman hotel will be built as part of the Western Sydney Performing Arts Centre, due to open in October 2019. The Centre will have a 2,000 seat theatre to cater large conference groups and events.

Byron at Byron to undergo a major makeover

Byron at Byron, a luxury resort in the northern New South Wales rain forest, has started a six-week transformation and will reopen in mid-January 2018. All interiors will be refurbished, the spa will be re-launched and the relaxation deck will be transformed by leading interior designer Rachel Luchetti. The newly appointed executive chef, Matthew Kemp, will deliver a new menu focused on the Byron Bay region’s finest local produce.

A 132-room five-star Pullman Hotel, a 3.5 star ibis hotel and an adjoining Brisbane Airport Conference Centre has opened within an easy walk to Brisbane Domestic Airport. The conference center is the largest venue in the Airport Precinct with 1,800 square meters of space, a large pre-function area, open-air terrace, fully-flexible floor plan with a pillar-less ballroom, conference rooms, boardrooms and on-site commercial kitchen with capacity to cater for up to 300 guests banquet style.

The Star Gold Coast expands their food and beverage offering

The Star Gold Coast has launched a new bar called Cherry serving seasonal cocktails and drinks. Cherry will feature a 22 meter long bar for prompt service and four VIP booths for small groups. The resort will also launch a ninth venue called Food Quarter–offering a casual dining space for guests. Food Quarter will feature an open plan kitchen and extensive menu. In time for the Commonwealth Games, The Star Gold Coast will also complete a refurbishment of their 596-room five star hotel.

The Chen, the latest Art Series Hotel, has opened in the Melbourne suburb of Box Hill.  The opening marks the first for Art Series Hotels new owners, Mantra Group. Named after and inspired by the Chinese-Australian artist, Zhong Chen, the 100-room hotel boasts conference and event facilities, a rooftop pool an in-house art library and art channel.

Air Canada has begun nonstop flights between Vancouver and Melbourne. The service will move to three times a week year-round beginning in June 2018. In addition, Qantas launched a Melbourne to Los Angeles flight last month.

Air New Zealand will increase its Auckland to Adelaide capacity by extending services from the peak summer period to year-round from the end of March 2018. The move will increase passenger numbers to South Australia’s capital from New Zealand by 30 percent.