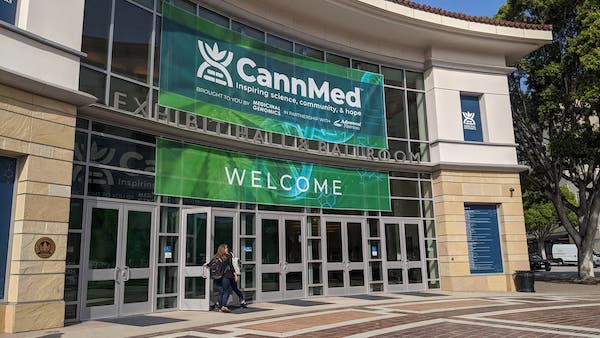 CannMed, the premium industry meeting for cannabis science run by Medicinal Genomics (the world leader in cannabis genetics and microbial detection), returned for its first in-person event in more than two years May 3-5, bringing scientists and thought leaders from around the planet to Pasadena, California, for three days of education, exhibiting and patient-focused networking.

“It’s great to be back after two years of Zoom,” says Kevin McKernan, CSO and founder of Medicinal Genomics. “And that’s important because conferences allow for discussion, while working on Zoom entrenches us, stunts progress. Being in person at CannMed encourages scientific discussion and that is what drives science forward.”

Driving science forward is what CannMed is all about. Attendees focus on science, creating pathways to refined cannabis medicine for a broader medical audience, while discussing the latest findings and their impact. This year, speakers presented on the efficacy of cannabis on managing and fighting breast cancer, the role of naturally occurring cannabinoids found in human breast milk, and the value of independent, peer-reviewed research.

At the center of discussions was the overall impact, importance and place of the endocannabinoid system, a widespread neuromodulatory system that plays an important role in the development of synaptic plasticity, the central nervous system, and how the body responds to, and processes, physical and psychological traumas.

Historically, cannabis has been vilified due to the financial concerns of the paper and wood industries, both of which feared, rightly so, that far faster growing hemp-based alternatives would put them out of business. By focusing on the negative, all benefits of cannabis were buried and removed from everyday medical applications. It is only in the past 10 years that the heavy boot of lobbying groups has been released from the neck of cannabis science.

That’s not to say that McKernan and the other CannMed attendees advocate bong hits on a sofa, but rather are stress (and present research upon) the vital importance of measured, medically controlled and regulated cannabis medicine, and its relationship with the endocannabinoid system.

“CannMed Pasadena was another giant leap forward in realizing the bright future we all see for this industry,” comments Brendan McKernan, CEO at Medicinal Genomics, “and we are honored that so many of the greatest minds in our field have chosen to share their groundbreaking work at CannMed.”

These are the pioneers coming out of prohibition — scientific minds presenting informed, well-researched and critiqued science that the world is beginning to respect and take seriously. Due to this extensive, and often career-threatening body of work, the diligent research of those who attend CannMed has started to influence the landscape as a whole.

“Through the past difficult three years, cannabis businesses were deemed essential,” McKernan continues. “That has never been truer than it is today, and the work presented at CannMed proves it.”

Indeed, cannabis consumption went up during the COVID-19 pandemic, with a notable increase among those who reported using cannabis infrequently before the dawn of coronavirus. In fact, 46 percent of new medical cannabis patients in that period were prescribed cannabis medicine for the alleviation of symptoms associated with mental stress and fatigue brought on by the crisis. Far from the traditional misapprehension that cannabis is detrimental for the brain (a conviction largely informed from drug abuse studies, rather than drug benefits studies, of which there are far fewer), findings from the pandemic show that cannabis is beneficial in the relief of stress and anxiety.

Which is why CannMed is so important.

Growing far from its humble roots in Harvard University, CannMed has emerged as the leading forum for introducing the latest advances in medicinal plant science, breaking the news on scientific discoveries that have deeply affected the course of history for medicinal medicine. It is now the industry’s “must-attend” meeting, where the latest advances in technology, innovation and clinical applications are revealed before anyone else gets to hear them.

And it is here to stay.