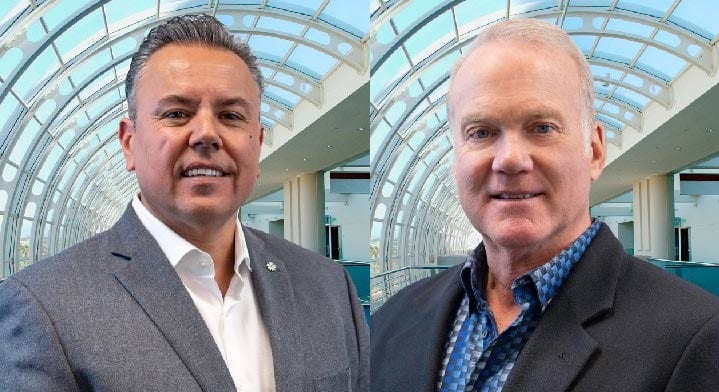 The San Diego City Council approved the appointments of Carlos Cota and Allan Farwell to serve on the San Diego Convention Center Corporation Board of Directors, effective Dec. 4. Cota and Farwell join a board that will be chaired in 2019 by Xema Jacobson. Her officers include Jaymie Bradford as vice chair of the Board; Carol Kim will serve as the Board’s secretary and Elvin Lai becomes treasurer.

“Allan and Carlos are great additions to our Board,” says Jacobson. “As chair, I am looking forward to working with the Board and the Convention Center staff as we approach our 30th anniversary. One of our main goals is to find solutions for the needs of our customers who want to grow with the San Diego Convention Center.”

Jacobson, a San Diego native, has a rich history with the tourism industry as well as the convention center itself. She was involved in both the construction of the facility, its 2001 expansion and the future of the center.

The San Diego Convention Center Board of Directors sets policy for the public benefit corporation that was created by the City of San Diego to exclusively manage, market and operate the 2.6 million-square-foot waterfront facility.

Cota is an international representative and trustee for the International Alliance of Theatrical Stage Employees (IATSE) with more than 25 years experience in the entertainment and convention industries.

He began his career as a stagehand in 1990 while still pursuing his studies. He entered the IATSE #122 apprenticeship employed at a variety of venues around the city including the then newly-completed San Diego Convention Center. After quickly achieving journeyman status, he began traveling nationally with many of the industry’s top conventions. This experience allowed him the opportunity to work in and compare services provided at nearly every major convention facility throughout the U.S. and Canada and bring back those experiences to share with the local workforce.

Following his time working in the field, he served 13 years as business agent for IATSE Local 122, with responsibilities covering oversight of day-to-day operations, contract negotiation and administration, budgeting, training and education. During his tenure as business agent, the Local’s membership and contract portfolio grew exponentially. He was also responsible for establishing the organization’s Training Trust Fund.

Farwell brings 40 years of hospitality experience to the convention center’s Board of Directors. He served as general manager at several Hyatt properties from 1990 to 2018, including Maui, Chicago, Washington, Orange County, Indian Wells and most recently, La Jolla, where he retired from. While in Maui, his hotel was a champion of sustainability, bringing his hotel to an LEED EBOM status, meaning the building was constructed before LEED certification standards.

He remains active in the industry, serving as a board member on the San Diego Hotel Motel Association, the former San Diego Convention and Visitors Bureau, and is past chairman of the Palm Springs Visitor and Convention Bureau, as well as the California Hotel and Lodging Association.

The San Diego Convention Center Corporation is a public benefit corporation created by the City of San Diego to exclusively manage, market and operate the 2.6 million sq.ft. waterfront facility. The San Diego Convention Center’s purpose is to serve as the region’s premier gathering place, hosting conventions, tradeshows and community events that economically benefit the City of San Diego and advances its convention and tourism industry. For more info, visit https://visitsandiego.com/