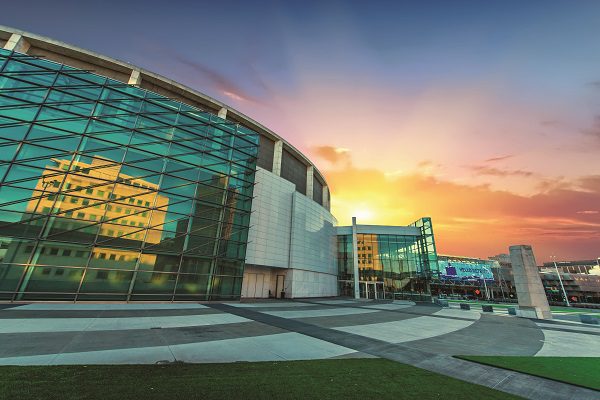 Hotels: There’s approximately 6,000 hotel rooms in downtown Detroit, with the 1,328-room Detroit Marriott at the Renaissance Center, the largest, with The Foundation Hotel, the Siren, the Shinola, the Element at the Metropolitan and the 367-room Crowne Plaza Detroit Downtown Riverfront nearby.

Airport Info: The Metro Airport is located approximately 22 miles from the venue. In addition to Uber, Lyft, taxis and shuttle buses, FAST Powered by SMART is a high-frequency bus service that connects the city and suburbs. FAST Michigan runs from Detroit Metropolitan Airport to downtown daily.

Wi-Fi: The CC was recognized as the first for facility-wide, free, high-speed Wi-Fi coverage

Transportation: A Detroit People Mover station is located inside Huntington Place on the fourth floor near Congress Street. And the Detroit Q-Line Rail which connects the downtown area with Midtown is close by.

Fun Fact #2: With its riverfront location, the U.S. Port of Entry–Tunnel to Canada is just two blocks from the facility.

An shorter version of this story originally appeared in the Q1 2022 issue of Exhibit City News, p. 10. For original layout, visit https://issuu.com/exhibitcitynews/docs/ecn_Q1_2022