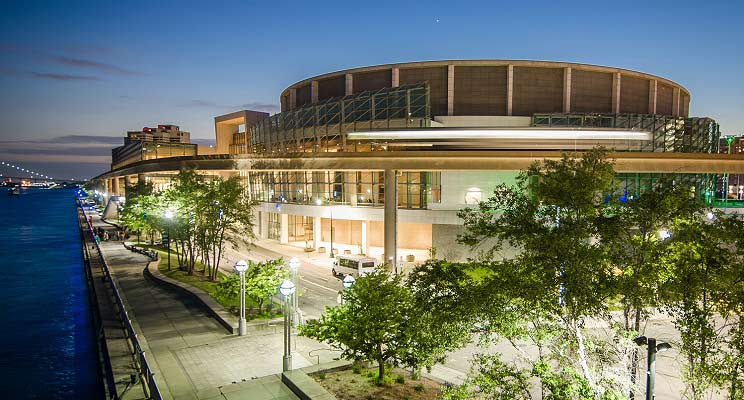 Cobo Center in Detroit received the Earth Day Business Award on April 20 for being significantly invested and adjusting operations to prioritize sustainability for each event and on an ongoing basis for facility operations.

The Detroit Green Task Force awards local organization with their “Earth Day Business Award” for outstanding efforts in sustainability and contributing to the Detroit Green Task Force’s sustainability action agenda. The award was given this year at their annual awards breakfast. The event is held each year to celebrate Earth Day and to recognize those individuals and businesses whose work is committed to securing Detroit as a more sustainable and resilient city.

“I am proud to recognize the hard work and efforts of our sustainable community who are working creatively and collectively to make Detroit the greenest city in the country,” says Councilman Scott Benson, chair of Detroit’s Green Task Force.

Claude Molinari, general manager of Cobo Center, adds, “We are humbled by this honor from the great city of Detroit. This recognition of our ongoing sustainability efforts is truly appreciated.”

Cobo Center is the 17th largest convention center in the United States. Built by the City of Detroit, it was originally opened in 1960 and named Cobo Hall in honor of former Detroit Mayor Albert E. Cobo (1950-1957). Today, Cobo Center is managed and operated by the Detroit Regional Convention Facility Authority (DRCFA). The five-member Authority Board consists of one representative from each of five government agencies – the City of Detroit, State of Michigan and the three metro-Detroit counties of Wayne, Oakland and Macomb. For more info, visit: www.cobocenter.com.