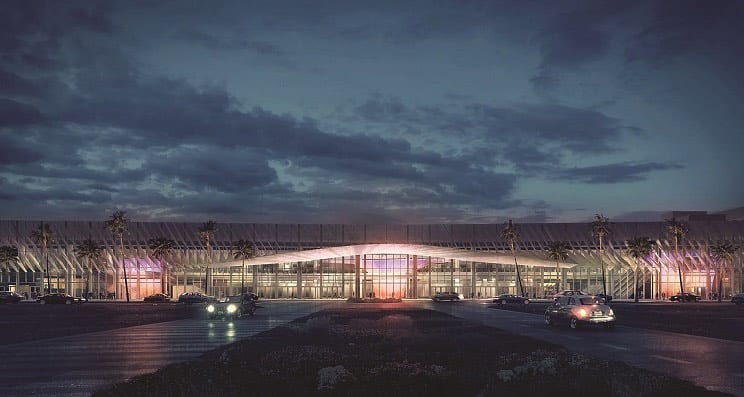 The MBCC Gets More Than a Facelift for Its 60th Birthday

The Miami Beach Convention Center originally opened in 1958, perfectly situated 12 miles east of Miami International Airport and within walking distance of sun-drenched beaches, designer boutiques on Lincoln Road, and the scenic Art Deco district. A massive, $620 million renovation and expansion is scheduled for completion in September, and this “reimagined” complex promises much more than a mere face-lift to the 60-year-old MBCC.

Thoughtful design has gone into every aspect of the new facilities and surrounding features, which include a 2.6-acre botanical garden and a family-friendly area called Soundscape Park, where symphony performances are projected onto a 7,000-square-foot wall for visitors to enjoy free of charge. CEO Bill Talbert emphasizes, “What we’re doing is creating a sense of place.” The new project has earned a silver LEED certification, thanks to rain-fed cooling towers and high-efficiency LED lighting that helps reduce energy consumption by 20 percent. By putting sunlight and shade to strategic use, sustainability is carefully woven into the structure’s functionality and design. The facility will be home to public art installations valued at $7.4 million, and it has been designed around a giant strangler fig tree that has been preserved as a living centerpiece for the park space.

A new 60,000-square-foot multipurpose ballroom, along with seven new breakout rooms (bringing the breakout space to 183,000 square feet) are among the upgrades. The reimagined MBCC will have almost half a million square feet of renovated exhibit hall space, and the district, along with surrounding features, will encompass 52 acres.

Freddie Peterson has recently been named the new general manager. Hailed as an innovative, entrepreneurial thinker who has a track record of working closely with surrounding communities, Peterson brings with him two decades of experience leading the Massachusetts Convention Center Authority (MCCA). He will take the helm and begin overseeing the final touches on expansion after Labor Day. The Grand Opening celebration is set for Oct. 16, although all four halls are slated to be in use beginning Sept. 23.

Bill Talbert and Freddie Peterson have reason to be optimistic. Tourism numbers in the region have been steadily climbing, with a record-breaking 15.86 million overnight visitors to Miami and the Beaches during 2017. According to estimates from the Greater Miami Convention & Visitors Bureau, those tourists spent nearly $26 billion during their stay. International tourism, which has declined for many destinations, is up for Miami. “The popularity of the destination, globally, is unbelievable,” Talbert states, adding, “Remember, it’s cold there and it’s warm here.” 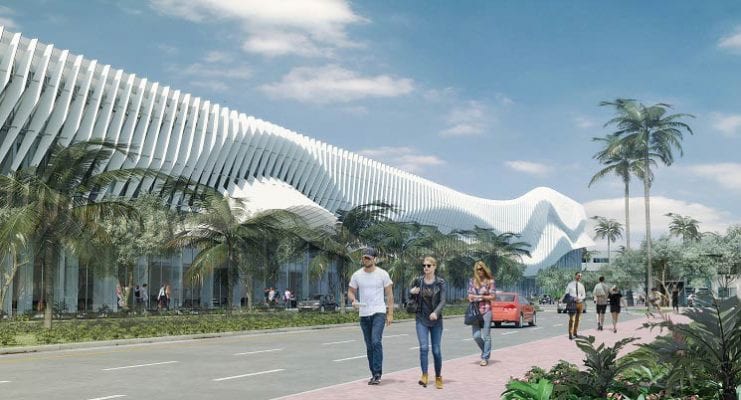 Parking: 800 parking spaces located across the street from the center were relocated within the footprint of the building and will be available on the roof of the facility in mid-2018 thus allowing the 5.8 acre parking lot to be converted into a public park surrounded by canopy trees, a flexible lawn area and a public plaza to honor the city’s veterans (which is scheduled to be completed by summer 2019).

Wi-Fi: Complimentary Wi-Fi is available in the lobby areas of the MBCC.

Airport Info: The MBCC is 12 miles from the Miami International Airport, but there are no complimentary shuttles.

Fun Fact #1: The MBCC served as the site where Cassius Clay (Muhammad Ali) defeated Sonny Liston for his first Heavyweight Championship of the World in 1964.