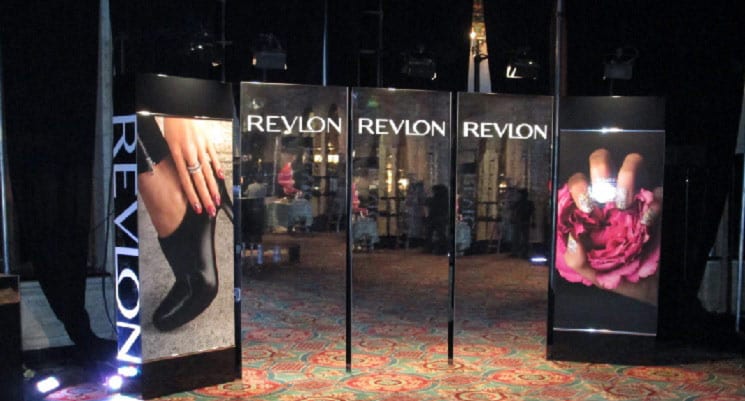 Color Reflections has been in the industry for more than 70 years and provides a full spectrum of digital imaging and traditional photographic services. As innovators in photographic reproduction services, they employ technology, networked across platforms and across the continent, to create a whole new realm of imaging possibilities. They have developed a reputation for providing your world’s most life-like reproductions with uncompromising customer service. They specialize in the design of impactful images that will bring customer’s message to life through grand format signage, large format photographic prints, tradeshow graphics and hardware, wallpaper and fabrics, and cut vinyl and dimensional lettering. The Color Reflections team can also help develop a customer’s business through increased brand recognition by utilizing digital printing to create dynamic banners, vehicle wraps, billboards and brochures.

The company has deep roots in the printing industry. It began as a black-and-white reprographics shop in Houston run by Carl and Florence Magaziner called Arrow Graphics. Today the organization has grown to five large operations in four different states, with a staff of hundreds and state-of-the-art color printing capabilities that can print everything from a letter-size piece of paper to a building-sized mesh banner.

Carl and Florence’s son, Paul, took over the company in the 1980s and expanded his family’s business into the world of color reproductions, later renaming the firm. Color Reflections prides itself on being a nationwide company and for the quality of work they provide for the top tradeshow displays across the country. Over the past 50 years, Color Reflections has continued to grow and revolutionize the large-format visuals market.

Joe Castellano is president & CEO of the Las Vegas office, the newest of the operations, which opened in 1995. The other operations are Hollywood and Orlando Fla., Atlanta, Ga. and the original office in Houston, where Castellano was initially hired as their first outside sales rep before he moved to open their Las Vegas location.

“The best way to describe my job is that it’s my hobby,” Castellano says. “I enjoy all of the people who work here. I enjoy the variety of projects. I enjoy the technology and, most of all, I enjoy the problem solving.”

Each of the locations caters to the specific businesses of that area. For example, the majority of what they print at the Houston location is oil and natural gas  company related. In Las Vegas, much of what they print is for the gaming, tradeshow and special events industry.

Castellano is amazed at the changes he’s seen in the technology of the industry.

“In 1995 we got a Cruse camera, which was basically a positive-to-positive camera,” Castellano says. “You could give us an 8×10 image and we could blow it up as large as 4’x8’. It was full color and the quality was very good. Shortly after that we figured out a way to put negatives on there and print like a traditional photo lab, so we brought equipment to make hi-res 8×10 negatives and transparencies, so everything was done with a negative or transparencies.”

With that system they produced high quality slot toppers and 22×28” signage for lollipop signs in casinos. “In 1997 we purchased the Durst Lambda, which was the first digital direct photographic printer,” he says. “It allowed us to take a file, send it to the Lambda, which threw red, green and blue lasers through a series of mirrors and came out with a gorgeous, even tone. This was our first venture into the digital age. From there we found board printers and roll-to-roll devices. Today, we don’t do anything without a computer file.”

Their printers can make a single print on vinyl that is 16’ wide by 150’ long. They can weld several of those together to larger images, like eight large mesh banners they created recently for the World Market Center in Las Vegas. In addition to those 52×52-foot pieces, the project included two building wraps an a lot of tenant signage.

The company has done countless major projects over the years, but one of the ones that Castellano remembers as one of the most notable, fun and a personal favorite, are the two Super Bowls the company did extensive work on—Super Bowl XLIX in Glendale, Ariz., and Super Bowl L in Santa Clara, Calif.

“We were on site for a few weeks prior to the game,” Castellano explains. “We got to see all of the behind-the-scenes preparation as we created banners, wrapped fences and worked on signage and branding on huge tents that held about 1,000 people.”

The industry faces a number of challenges, but one of the biggest ones is that a  quick turnaround has become the norm.

“The equipment is so fast and the quality is so good that now everything is due immediately,” Castellano says. “Fortunately, our people are up to the task.”

Another major issue in the industry is employee retention. The work is fast paced and the hours can be long, and not every employee is up to that. Color Reflections is aware of the issue and treats its crew with respect and camaraderie that prompts loyalty and makes everyone proud to be a part of the team.

The Las Vegas operation is open 24/7 in the month of January, one of the busiest months for the tradeshow industry, thanks to CES, .

“We rotate everybody and people are pretty good about grabbing shifts and lending a hand,” Castellano says. We can get exhausted. We try to make it fun even though it can be really stressful sometimes. We fight like brothers and sisters, but at the end of the day we’re still friends. That’s important.”

The majority of the Las Vegas staff are long-term employees who have been with the company, seven, ten and even 20 years.

“If you ask anybody who has been on the tradeshow business for a long time, they’ll tell you that it grows on you,” Castellano says. “They like the fast pace and that the problems are different. The items that people ask us to create for them are different. You don’t get bored.”