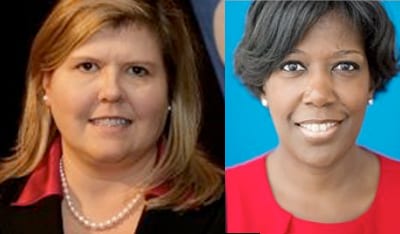 These promotions not only recognize the success of two members of the association’s current senior management team, they also reflect CTA’s leadership in issues critical to the future of the technology industry and innovation itself.

“We are thrilled to recognize and reward the significant successes and outstanding contributions of Karen and Tiffany,” says Gary Shapiro, president & CEO, CTA. “They are outstanding examples of professional excellence, strong leadership and executive innovation at work. They represent the best of the consumer technology industry.”

Chupka oversees the sales, marketing, conferences, operations and management of CTA’s events including its annual tradeshows, CES- the global stage for innovation–and CES Asia. At CES 2018 in Las Vegas, nearly 4,500 exhibitors filled more than 2.75 million net square feet of exhibit space and showcased their latest products and services to more than 180,000 attendees from 150 countries. Under Chupka’s leadership, CES has been named as the largest annual North American tradeshow by Trade Show Executive and Tradeshow Week.

“Karen has been invaluable in the remarkable evolution, growth and influence of CES,” says Shapiro. “Our exhibiting companies know and trust her vision for the show and understanding of the tech trends that will drive our entire industry. Karen has helped enable CES to become the largest and most influential global technology event in the world.”

“As an integral leader of our government affairs team, Tiffany has found common ground for Republicans and Democrats to work together and helped shape policies that allow U.S. innovation to flourish,” says Shapiro. “Given her deep policy understanding and strategic vision, I know she’ll thrive leading our efforts on diversity and inclusion, and the American workforce–key issues for CTA and the entire tech industry.”

Before joining CTA, Moore served in public sector roles including assistant U.S. trade representative for intergovernmental affairs and public liaison at the Office of the U.S. Trade Representative, and legislative director for U.S. Rep. Fred Upton (R-MI). She also has professional experience as director of government relations for Kellogg Company, principal at Moore Consulting and a strategic consultant with TwinLogic Strategies.

The Consumer Technology Association (CTA) is the trade association representing the $351 billion U.S. consumer technology industry, which supports more than 15 million U.S. jobs. More than 2,200 companies–80 percent are small businesses and startups; others are among the world’s best known brands–enjoy the benefits of CTA membership including policy advocacy, market research, technical education, industry promotion, standards development and the fostering of business and strategic relationships. CTA also owns and produces CES–the world’s gathering place for all who thrive on the business of consumer technologies. Profits from CES are reinvested into CTA’s industry services. For more info, visit www.cta.tech.